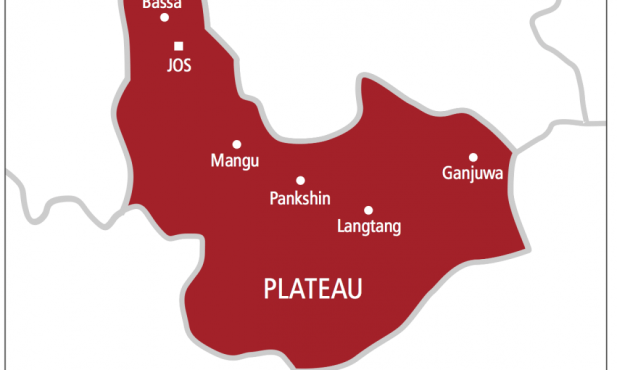 Notwithstanding the scary nature of cemeteries, some of the living are ‘brave’ enough to visit, especially at night to disturb the dead. It is not uncommon to hear stories of people visiting the cemeteries to commit evil for surreptitious objectives. Wurakum cemetery located in Wurakum community of Bassa Local Government Area of Plateau State, has been witnessing nefarious activities of vandals recently who desecrate corpses, Daily Trust on Sunday reports.

When Haruna Sirajo’s nephew died last week Friday, his older brother, Fahad Sirajo, who is also the child’s father had resisted any attempt to bury his son at the Wurakum cemetery in Bassa Local Government area of Plateau State. Haruna, a resident and a commander of the Neighborhood Watch in Wurakum said all attempts to convince his brother to bury his child who died after a car accident at the community cemetery fell on deaf ears.

He, however, explained that his brother, Fahad Sirajo, had feared that if buried at the Wurakum cemetery, his son’s remains may be exhumed and desecrated by suspected ritualists as has been the practise in recent weeks. “The boy was not my child and the father’s decision was final,” said Sirajo who explained that the child was later buried at the Naraguta cemetery along the Jos-Bauchi express road.

Fahad Sirajo’s fears are however, not unfounded as it has become the pastime of some despicable individuals to visit the Wurakum graveyards at night to disturb the peace of the dead.

At the cemetery, located in Wurakum community of Bassa Local Government Area of Plateau State, our correspondent gathered that residents have had enough and many have expressed anger that some men of the underworld vandalise grave yards and desecrate corpses for suspected ritual purposes.

Due to this inhumane acts, the community leader of Wurakum, Aminu Babayo, said some residents have left instructions to their loved ones never to use the 15-year-old cemetery as their final resting place.

He said, “If your relatives die and their body parts are removed, you wouldn’t be happy. But we are still trying to calm people down and urge them not to stick to those instructions. Religious leaders on their part are also preaching to people and I believe things would not continue the same way, they will change Inshaa Allah,” Babayo added.

Daily Trust on Sunday gathered that in the last six months, the disturbing trend of exhuming and desecrating fresh corpses have left the community in outrage and in some cases, the graves are dug open and fetish items are inserted, then covered back.

“It has happened about four times now. A few months back, after a woman was buried, that very night, her corpse was exhumed and her body parts removed. I came here (graveyard), and saw it myself,” Babayo said, adding that, “we had to call her children and relatives to see for themselves and thereafter, we reburied the corpse.”

According to the community leader, a few weeks later, the corpse of a teenage boy was also exhumed from the grave and some body parts removed, saying they also visited the graveyard and inspected the remains.

He added that, “two weeks back, I was called yet again that there was a problem at the cemetery. As a leader in the community, I called other residents and quickly visited the graveyard where we discovered that a grave had been dug. The digging indicated that a fetish item had been inserted, possibly for ritual purposes. This is what we have been experiencing and it has been a source of concern for us.”

Another resident of the community, Muhammad Izzil Arab, while speaking to Daily Trust on Sunday also expressed worry over the development, saying it was unfortunate to see such act happen in their community. He said: “We are not happy with what is happening here, we are praying to Allah to see us through this problem because it is very unfortunate. We are calling on those behind these devilish acts to stop as this would not bring meaningful development to them and the community.”

Usman Rabiu, whose mother’s remains was recently exhumed and desecrated, said they were shocked when the news of the incident came to them and described the action as barbaric. “We felt bad but it has happened. Our mother was already dead and whatever is done will not bring her back to life. The culprits have committed an atrocity and we have left everything to Allah,” he said.

Rabiu explained that the incident may have occurred at night, a few hours after they laid their mother to rest, adding that the following day, their attention was drawn to the act and they had to re-bury her. He, however, said though some people have given instructions not to be buried at the Wurakum cemetery, “For me, I am of the opinion that if I die, I want to be buried in that cemetery. My reason is that both my parents are resting there and so, I want to be buried in the same cemetery with them, if possible. I want to be close to them.”

In order to check the vandalization of grave yards, the community leader said they were working with members of the vigilante in the community to come up with certain security measures.

“We have also sat with the elders and Imams of the area to suggest ways to end the problem. We have agreed to seek financial assistance from well-to-do individuals from within and outside the community, to fence the cemetery. We believe that leaving it open gives perpetrators access and opportunity to easily invade the area,” said Babayo.

He said when fenced, and a custodian is employed to guard the cemetery, “the community will have some peace while the community vigilante will also be watchful.”

The community leader also said Imams in the various mosques are engaging residents on the need to distance themselves from such activities, while urging residents to fear Allah as everyone would account for their actions in the hereafter.

Kubiat Akpan. Fresh UNIUYO Graduate. An Only Son. Extrajudicially Killed by the Police