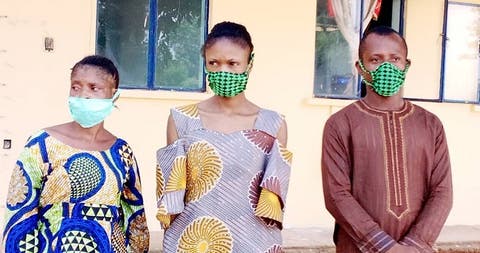 Kwara State Police command has arrested a 24-year-old Medinat Ibrahim, who allegedly faked her own kidnapping in connivance with two other persons.

Parading the three suspects in Ilorin on Wednesday, the state Commissioner of Police, Muhammed Bagega, represented by the command’s Police Public Relations Officer (PPRO), Ajayi Okasanmi, said that Medinat conspired with her older sister, Amudalat Wahab and one Hammed Lekan to arrange her kidnap.
The Police commissioner, who said that one Nurudeen Sholagberu reported the kidnap of Medinat at Oko-Olowo area of Ilorin through the command’s emergency telephone line, added that a bank account, belonging to one Hammed Lekan, was used to cash the ransom of N250,000.

The Commissioner noted that during interrogation the said Medinat Ibrahim confessed to having faked her own kidnap to enable her to get money from her father.
During an interview by journalists, Medinat said she decided to fake her own kidnap to enable her to get money to offset debts she incurred during COVID-19 lockdown.
She said her business had collapsed, adding that the private school, where she taught as a teacher, had not paid her salary for several months.
Medinat Ibrahim also attributed her predicament to the maltreatment she received from her stepmother since she lost her mother.
“On 02/01/2021, at about 1750hrs, an information was received from one Nurudeen Solagberu ‘m’ of Oko-Olowo area Ilorin through the Command’s emergency telephone line to the effect that, one Ibrahim Medinat ‘f’ of Olude Oke-Fomo area Ilorin was kidnapped by unknown persons. On the strength of the information, the complainant was directed to make a formal report at Oloje Police Division that has jurisdiction over the area.
“Preliminary investigation revealed a conspiracy theory, hence the Commissioner of Police, Mohammed Lawal Bagega, psc, directed the newly constituted state anti-kidnapping to take over the investigation.
“It was, however, revealed in the course of an investigation that the said Medinat Ibrahim ‘f’ conspired with one Amudalat Wahab ‘f’ her older sister to arrange for her kidnap and a GTB bank account No. 0116404467 belonging to one Hammed Lekan ‘m’ was used to cash the ransom of ₦250,000.00 from the father of Medinat Ibrahim.
“The suspect later confessed that she needed money for something hence she devised the fake kidnap. All the suspects have been arrested, exhibit recovered and a case under investigation.
“In line with the Commissioner of Police stand, that is not going to be business as usual, criminal are warned for the umpteenth time to pack their loads and relocate from Kwara as the command will stop at nothing to deal with any criminal arrested no matter how highly or lowly placed”, he said. 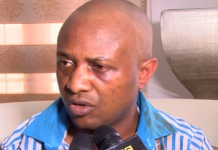 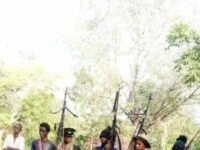 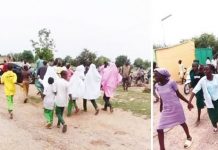