Home Opinion After #EndSARS, no government will ever ignore Nigerians again 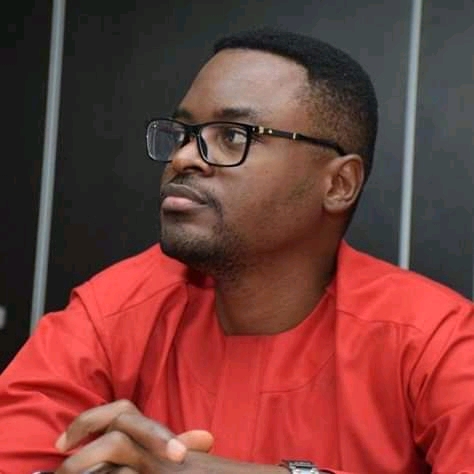 Power has returned to its rightful repository – the people. Our liberators did not come from the north, the south or the east and west of Nigeria. They emerged from the ruins of the country; they broke free from the noxious culture of silence and shattered the substructure of generational complicity and conspiracy. They are the youth of Nigeria; the deliverer of the colony of slaves – from the fowler’s snare and deadly pestilence.

The #EndSARS protests did not only end a ferocious unit of the police and constrained the capricious hands of the government into making pledges of initiating reforms in the force; it also galvanised Nigerians, particularly the young, across religions and ethnic groups to put the government to task. Government should be in the service of the people and not the other way around. Really, there is no mortar that can crush a people forged into a fist; when the people kill fear, the government becomes afraid.

EndSARS could be the beginning of the end of all Nigeria’s maladies. Citizens – of all ages — have realised their voice counts. They have seen the government tremble in trepidation of a united assemblage of people. Just like Xerxes, the god-king, bled from the spear of King Leonidas, they have seen the very intransigent regime bleed. Nigerians have been unplugged from the matrix by a legion of young resistance. It may never be the same again. Power has returned to the people. The government should be afraid.

The youth have pointed us to a path out of darkness, state repression and oppression. They have given us hope in the possibility of a new country where possibilities are not impossible. They have seized the baton on the relay race to a contemporary Nigeria. It could be a dawn of new beginnings.

I have seen arguments on the need to be cautiously optimistic about the fruits of the recent agitation. Some say the old order of things could return as soon as the #EndSARS protests peter out. Well, I do not want to be cautiously optimistic. I am very optimistic about the far-reaching and indelible impact of this movement. It may never be the same. A new precedent has been set upon which other exemplars will follow.

I do not think there has been anything of this magnitude in our recent history. When any government becomes insouciant about the plight of citizens, the #EndSARS protest will be an aide-memoire – to remind that government of citizens’ wrath. No sane government will want to be on the testy side of the people.

Again, the protest could be the beginning of the end of all Nigeria’s maladies. Yes, I am pushing it. I know. From #EndSARS, the demand has dovetailed to #RECONSTRUCTNIGERIA and #ENDBADGOVERNANCE. #EndSARS was just the needed spark to stir a whirlpool of changes in the system.

Deji Adeyanju agrees. He told me SARS is only but a metaphor of the general societal malaise.

Hear him: ‘’You know SARS is a metaphor …SARS is just one end of all the societal ills….
It’s not really the main issue; yes it’s one of the issues, one of the challenges we’re having as a country and as a people, however, it has become the single, the common rallying point for every other thing we are passing through. So, as many of us have been saying. We have been praying for that thing that will create a spark. So, the EndSARS campaign is that spark that we have all been waiting for. That is my view. I believe that this is the spark; the right spark that we have been waiting for and we are extremely glad that it ignited.’’

Also, Aisha Yesufu, a passionate advocate of good governance, says #EndSARS can be a catalyst to the struggle for a better future for the country.

Here is what she told me: ‘’Like I stated a few days before, I said EndSARS can be the catalyst to fight for a better future and ensure the culture of bad governance, lack of accountability, lack of transparency is once and for all taken away. We are at a tipping point and I hope we are able to tilt towards the good part. What I think is that this government doesn’t understand that this protest is not like any other protest. This is a protest for survival. There has been a culture of silence over the years; over the decades, people have been in pain, people have been oppressed and suppressed; people have gone through so much pain and have kept it in, and now it’s bubbling to the surface.’’

‘’I think Nigerians have been pushed to the wall, most especially the Nigerian youths. They’re trying to fight back; they are not interested in discussing, and the more they are killed, the more they are coming out because they’re saying, ‘it’s better you kill us here in public and the whole world is seeing you kill us than the one where you’re killing and wasting us one after the other under the cover of darkness where nobody is seeing it and nobody can now talk’. and I think if we don’t handle this with care, especially if the government doesn’t handle this with care, when they think they will do what they normally do before which is to first of all intimidate people, harass them, send in police, send in the military, send in thugs, stop the protest and all of that, and think it will work? It’s most likely would not because this cause is different; they are fighting for a right to live and nothing else, and we need to understand that particular bit of it.’’

Really, Nigerians are on a fight for survival, and nothing else matters. By the time this night is over, I believe a dawn of healthy government-citizen relationship will set in. It is a fight to the finish. The government should fear the people.

Fredrick Nwabufo is a writer and journalist 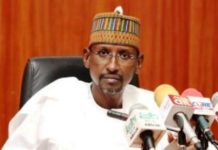 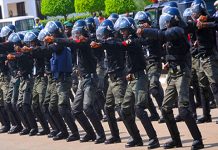 OPINION: EndSARS protest: A clarion call to reform the police 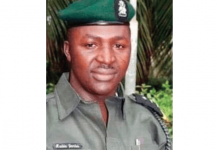 Punch editorial, proof that not all voices have been silenced – CUPP