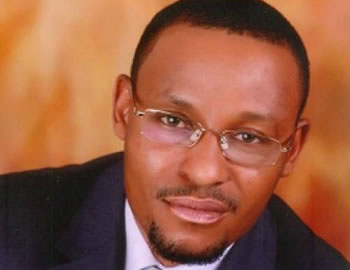 Embattled Chairman of the Code of Conduct Tribunal (CCT), Mr Danladi Umar, alleged to have physically assaulted Mr Clement Sargwak at Banex Plaza, Abuja last year has turned the table against the assaultee and the Senate Committee on Ethics , Privileges and Public Petitions.

Umar who failed to appear last week before the Committee had since dragged Sargwak and the Senate before a Federal High Court in Abuja.

Chairman of the Committee, Senator Ayo Akinyelure made the disclosure to journalists in his office.

‌
Included in the originating summons dated 13th July 2021, are the President of the Senate, Ahmad Lawan; the Chairman and members of the Senate Committee on Ethics, Privileges and Public Petitions as well as the Attorney General of the Federation, Abubakar Malami, (SAN).

The suit with file no FHC/ABJ/ CS/671/2021, is challenging Senate’s Constitutional power to conduct investigation and purpose for which it is exercisable.

Among his prayers, CCT Chairman is asking the court to interpret the constitutional powers granted by the Senate or House Committees on Ethics and Public Petitions whether it covers public assaults vested in the Police and the Courts of Law by the Constitution.

Listed as defendants in the suit are the President of the Senate, Senate’s Committee on Ethics, Privileges and Public Petitions and the Attorney – General of the Federation.

The summons read in part: ” Whether the purported case of assault which allegedly took place at Banex Plaza

on 29, March 2021, forms part of the matters the 1st defendant is constitutionally empowered to investigate.

“Whether the 1st defendant and its Committee, that is, the 3rd defendant, are competent to investigate and/or invite the plaintiff in relation to the investigation of the allegation of assault levelled against him.

“Whether the powers of the 1st defendant to conduct the investigation are not by and/or subject to provisions of sections 88 and 89 of the Constitution of the Federal Republic of Nigeria, 1999 and are not exercisable for the purposes of making law and exposing corruption, inefficiency or waste in the execution of administration of laws within its legislative competence and in the disbursement or administration of funds appropriated by the 1st defendant.

“Whether the 1st defendant’s move to conduct an investigative hearing on the petition before it is not unconstitutional and does not amount to an unwarranted usurpation of the functions of the Police and of the Courts of competent jurisdiction.”

Further investigation revealed that Umar through his lawyers, Sunday Edward (ESQ) and other Attorneys from Abuka and Partners had since informed the Senate to discontinue the investigative hearing, as the alleged Assaultee (Clement Sargwak), has been sued.

His letter read in part, “We write to inform you that the case between our client and Clement Sargwak is now before the High Court of the Federal Capital Territory ( suit no FCT /HC/ CV/ 1544/2021 Mr Danladi Umar vs Clement Sargwak) and the issue as to whether or not Clement Sargwak had discontinued and/or withdrawn his petition before your Honourable Committee is equally sub judice.

“We trust that Senate, as the Upper Chamber of the National Assembly, will respect due process and refrain from delving into a matter that is before a court of competent jurisdiction.”

Speaking with newsmen, Senator Akinyelure however vowed that his Committee was determined to challenge the suit in court. He submitted that no arm of government is empowered to stop another, from carrying out its constitutional duties or functions.

“Investigation on the assault meted out to a fellow Nigerian by the CCT Chairman had already commenced before he ran to court but his move will also be challenged by the legal department of the Senate.

“He may not come, but the Committee will still have a session on the matter and other petitions before it next week Tuesday.” 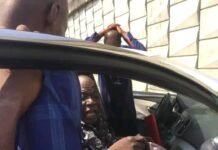 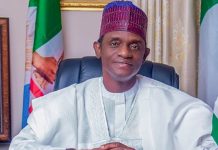 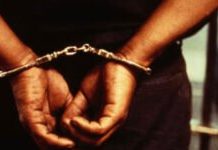 Nigeria Urges Russia To Withdraw Their Troops From Ukraine

FG Has Not Shown Compassion To Flood Victims – Peter Obi

Group to ASUU: Emulate other University Associations; call off action for sake of parents,...