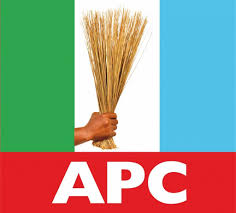 While the Independent National Electoral Commission, INEC, is yet to conclude Anambra governorship election, a chieftain of the All Progressives Congress, APC, Barr Dozie Madu has asked their state Chairman, Chief Basil Ejidike to resign immediately.

Barr. Madu who contested for the party’s ticket accused the chairman of lacking character and said he should be forced to resign for his role in the ‘Charade’ called primary election where Andy Uba emerged.

Barr Madu alleged that the state chairman “willingly denied his signature for a pot of porridge.

“He has no character. A man who after the charade and heist of 26th June came out on National television to gleefully announce that a primary election took place and a winner emerged with over three hundred thousand votes has no shame and a disgrace to the Igbo traditional institution. Emperor Basil Ejidike should be forced to resign.”

JOURNALIST101 recalls that APC primary election raised a lot of dusts and over 11 aspirants for the party’s ticket rejected the conduct which produced Senator Andy Uba with over 200,000 votes. Minister of Labour and Employment and former Governor of Anambra State, Chris Ngige cried to high heavens that there was no primaries in the state and called on the party to cancel the process but that never happened.

APC is currently trailing the All Progressives Grand Alliance (APGA) and the Peoples Democratic Party (PDP) coming a distant 3rd in the election which has been declared inconclusive by INEC as election didn’t take place in Ihiala Local Government and some other places.