An Aide – de- camp to a former governor of Imo state, Eberendu Chiimechefulem, his legislative aide , Steve Asinuobi and 12 other aides of Rochas Okorocha , were on Monday granted a N 5m bond bail on each of the defendants, the Punch reports.

The magistrate , B . U Adikaibe , who ruled on the bail application made for the release of the defendants also insisted that a traditional ruler in the state must stand in as a surety .

While Eddy Onyema was the leading counsel for the defendants , E. S Ibechem was the prosecutor.

The magistrate had taken a 15-minute break to enable her rule on the bail application after hearing.

Drama ensued when one of the defendants , Darlington Ibekwe , slumped while the magistrate was ruling on the bail application .

The Peoples Democratic Party on Monday accused the governor of Imo State , Hope Uzodinma, and a former governor of the State , Rochas Okorocha , of turning the state into a war zone .

The PDP spokesperson in the state, Ogubundu Nwadike, in a statement on Monday said that the clash between the supporters of Okorocha and Uzodinma on Sunday at Royal Spring Estate, Owerri , was “ disgusting ” .

The statement alleged that the actions of Uzodinma and Okorocha were causing tension and apprehension in the state.

The statement read , “ The Peoples Democratic Party in Imo State , strongly condemns the horrific violent and bloody gun battle which recently occurred in the State between supporters of Senator Rochas Okorocha and supporters Governor Hope Uzodimma, where they were engaged in a bizarre indiscriminate shooting over the sealing by the Government , of Royal Spring Palm Estate Hotel, in the Akachi area of Owerri , the state capital.

“ It is highly disgusting that the present APC Government in the State has turned Imo into a terror zone and theatre of war and conflict . In recent times , Imolites have had the most tragic and excruciating experience ranging from the recent military invasion of parts of Orlu and Orsu Local Government Areas , which caused insecurity and other forms of gruesome attacks , leading to the breakdown of peace and order , and loss of lives and properties .

“ The recent violence perpetrated by supporters of Senator Rochas Okorocha and Governor Hope Uzodimma has stirred up tension and apprehension in the state thereby toppling the atmosphere of saturated peace and tranquility.

“ It is indeed, highly despicable that under the present administration, Imo State which used to be the center and cynosure of public peace and orderliness has turned into a jungle of terror where hooliganism , rascality , thuggery, and abuse of the dignity of human peace have become the order of the day . The APC Government in the state has created a Frankenstein monster that haunts the relative peace and social order in the state, Imolites are now living under fear and apprehension and can no more sleep with their two eyes closed .

“ It is most disheartening that our dear state has become a laughing stock and object of mockery and caricature due to the present psychopathic leadership which is creating unnecessary tension and also mortgaging the peace of the state.

“ We wish to add that since the inception of the present APC government in the state, Imo State has not experienced any modicum of peace , rather the State has continued to wallow and dangle on the debris of hopelessness , misgovernance and massive developmental haemorrhage . Rather than tormenting and unleashing terror on Imolites , APC Government in the state should begin to champion a harmonized and defined strategy for leadership excellence and good governance. ”

The South – East Governors Forum has waded into the impasse between the Imo Governor , Hope Uzodinma, and the state’ s former governor , Rochas Okorocha .

A squabble ensued between both sides’ supporters on February 21 when Okorocha allegedly broke into the Royal Spring Palm Apartment , Owerri , sealed by the Imo State Government on February 19.

The situation was brought under control by the Imo Police Command, which later arrested the senator .

Chairman of the forum , Governor David Umahi of Ebonyi State , in a statement signed by his Special Assistant on Media and Publicity , Mr Francis Nwaze , on Monday said the forum was already handling the issue .

Umahi said that contacts have already been made to resolve the impasse and assured that both parties have agreed to a truce.

“ South – East leaders are capable of settling their disputes internally instead of washing their linen in public .

“ We sue for calm among the supporters of both leaders to ensure a timely and amicable resolution of the disagreement, ” the statement read .

The forum’ s chairman urged Imo and south -east citizens to conduct their business peacefully and according to the law.

“ They should also shun provocative statements as we work towards restoring normalcy to the situation . ”

The Imo State police command has said it will not hesitate to charge Senator Rochas Okorocha to court if investigations reveal that he committed an offence on Sunday while trying to unseal the Royal Spring Palm Estate which is reportedly linked to his wife, Nkechi.

Police spokesman Orlando Ikeokwu who made this known while featuring on Channels Television’s Sunrise Daily said the Force will charge anybody found culpable, adding that if an investigation proves that Okorocha has committed an offence, he will be charged to court.

Okorocha was arrested after he went to the Royal Spring Palm with his supporters, policemen, soldiers and personnel of the National Security and Civil Defence Corps and ordered the unsealing of the estate.

Commenting on his arrest, Okorocha had alleged that his predecessor, Governor Hope Uzodimma, attacked him with “more than 1,000 thugs” but the state Commissioner for Information, Declan Emelumba, dismissed Okorocha’s claim, stressing that the former governor’s arrest was in line with the report of a White Paper, which indicated that the Royal Palm Estate was built with taxpayers’ money and not Okorocha wife’s property.

Police say Okorocha has since been released, while an investigation into the matter is ongoing.

Meanwhile, a Magistrate Court in Owerri has granted bail to an aide of ex-Imo State Governor Rochas Okorocha and 13 others a ₦5m bond bail on each of the defendants.

The magistrate, B.U Adikaibe, who ruled on the bail application made for the release of the defendants also insisted that a traditional ruler in the state or a member of his cabinet must stand in as a surety.

Justice Adikaibe said the decision to grant the bail application by the counsel to the defendant, Eddy Onyema is owing to the fact that the charges against the defendants are not capital criminal offenses and are all bailable offenses even though the prosecuting counsel had earlier objected to the bail.

The 14 persons were arraigned before the court by the state Commissioner of Police, Nasiru Mohammed over 6- count charge.

The charges bother on conspiracy, disobedience to lawful order, willingly and unlawful destruction of the official seal of the Imo State Government, conduct capable of causing a breach of peace, unlawful Possession of firearms, and a defamatory action on social media against the Governor of Imo State with intent to injure the reputation of the state govt and person of Governor Hope Uzodimma.

The Imo State government on Monday gave reasons why a former governor of the State , Rochas Okorocha , was let of the hooks at the state command headquarters around 11. 30 on Sunday night .

Speaking to The PUNCH , the state Commissioner for information and strategy, Declan Emelumba, said that Okorocha , who now represents Imo West at the Senate , was released by the police on “ medical grounds. ”

Emelumba said that the release of Okorocha didn ’ t mean he won ’ t answer to the “ offence he Committed ” .

Emelumba said , “ Okorocha was released on Sunday by the police on medical grounds. The man was purging and stooling consistently, the police had to release him on medical grounds to enable him to take care of his health. His release doesn ’ t mean he will not answer his case . ”
But Okorocha who reacted to the claim while addressing his supporters at his Spibat mansion in Owerri on Monday said that the presidency intervened in the matter .

Okorocha said , “ They kept me there ( police headquarters ) and about 11:30pm they asked me to go . I want to thank the presidency for intervening in the matter . Governor Hope Uzodinma shouldn ’ t take my peaceful disposition for granted.

“ He should remember that he will not be remembered by how many people he fought by how many projects he built . ” 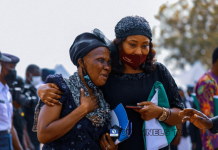 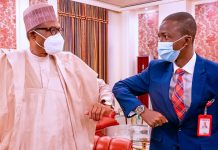 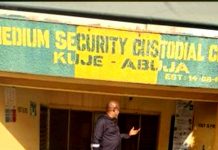 Biafran Engineer: We were producing grenades in moving lorries, during the war

Why We’re Yet To Re-Arraign Orji Kalu – EFCC

120 suspects arrested in Adamawa for looting

Nobody can set Nigeria on fire, Amaechi slams Wike