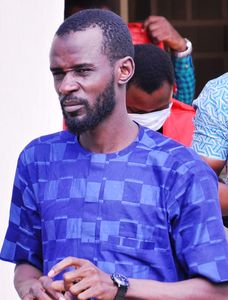 The convict was prosecuted by the Maiduguri zonal office of the Economic and Financial Crimes Commission, EFCC on amended one-count charge of obtaining by false pretence.

The charge read, “That you, Nuhu Mohammed Lawan, on the 18th May, 2018 at Maiduguri, Borno State, within the jurisdiction of this honourable court, did dishonestly induce (1) Muyibat Lawan (2) Moses Maichibi (3) Mrs. Olatundun and (4) Ummu Khulthum to deliver to you the sum of N2,400,000.00 (Two Million, Four Hundred Thousand Naira only), via your GT Bank Account No. 024821793, under the guise of securing them employment with an agency of the Federal Government of Nigeria and thereby committed an offence contrary to Section 320 (a) and Punishable Under Section 322 of the Penal Code Cap 102 Laws of Borno State.”

He pleaded guilty to the charge, following which prosecution counsel, Manji Benjamin adopted the facts of the case, tendered some documents that were admitted in evidence and urged the court to convict and sentence the defendant accordingly, while defence counsel, S. Tijani prayed the court to temper justice with mercy in sentencing the defendant.
Justice Kumaliya convicted and sentenced the defendant to one year imprisonment, with N150,000.00 (One Hundred and Fifty Thousand Naira only) option of fine.

Lawan’s journey to prison began on May 18, 2020, when he defrauded four job applicants the sum of N2.4million, by promising them employment in a Federal government agency. He neither offered them the jobs nor returned their money to them. 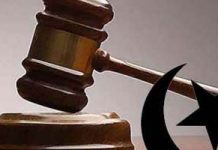 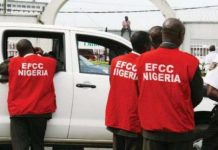 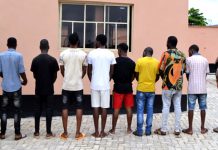 I was almost stabbed by hoodlums in NYSC camp looting – DPO

Over 20 years land dispute in Anambra community ends with...