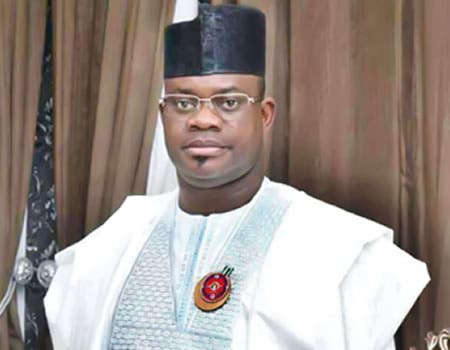 Despite glaring evidence of acute under testing for coronavirus in Kogi, the state governor, Yahaya Bello, claims a widespread testing campaign ia being undertaken in the state and nobody has been infected.

Reaffirming his controversial claims that there is no coronavirus infection in the state, Mr Bello, in an interview aired on Channels TV on Sunday said, “in Kogi, we say we have no COVID-19 and actually as a matter of fact, we have no COVID-19.”

The governor has repeatedly criticised the coronavirus response strategy in Nigeria, a situation that pitted him against federal officials and health professionals.

But in the phone-in interview, Mr Bello, whose government had at least once scuttled efforts by the country’s infectious disease agency, NCDC, to coordinate COVID-19 testing, made claims of a “massive testing regimen” in the state.

“After the earlier misunderstanding we had with the federal health officials and the NCDC, we later allowed them to step in and test people,” he said.

“After one month of intensive testing by their workers and officials, not one single person tested positive. The NCDC, ministry of health and my state incident management team went around. They went to institutions, market places, motor parks, streets, villages, towns and cities and not one single individual was confirmed positive. When students are resuming schools, we carry out tests on both indigenes and non-indigenes, indidebes and there has never been one single positive test.

“We have NYSC camp in Kogi and we have received three to four batches. The NCDC, NYSC officials and the military with our incident management team tested all the CORP members. Every stream comprises of about 700 to 750 persons and nobody tested positive.”

The ‘misunderstanding’ Mr Bello referenced occurred earlier in the year, around May, and his claims of mass testing since then are at best, false.

False claims
The claims by the governor are false, according to the most recent NCDC general fact-sheet on COVID-19 response by states.

Kogi, a state of almost 3.5 million people, had tested only 425 samples by December 11, the national situational report published December 12 by the NCDC showed.

While states are solely in charge of their coronavirus management and response, the NCDC supports and receives daily infection information from them which is then published by the agency on its microsite.

Dangote adbanner 728x90_2 (1)
This ultimately serves as the yardstick in which Nigeria’s COVID-19 outbreak is measured, just as it is in all countries battling the contagion.

However, the reliability of these figures have raised concerns due to several loopholes and challenges including that state officials are not turning in enough test samples.

Kogi has gone nearly 200 days without a single coronavirus infection or death, a situation the NCDC and health experts attributed to acute under-testing.

On whether there is any plausible reason why the state has not reported a single case in about 120 days, many health experts, attributed it to poor testing.

“Our target in every state in Nigeria is to test at least 1 per cent of the state’s population. This is the only way we can accurately state if the outbreak has been controlled or not”, Chikwe Ihekweazu, the NCDC director said when the state crossed 120 days of no new cases and deaths in late October.

“In the most recent national situation report published on the 26th of October, Kogi State has tested only 268 samples so far. We need to test more, to know the true situation in Kogi State and across the country,” he had said.

“Our target in every state in Nigeria is to test at least 1 per cent of the state’s population. This is the only way we can accurately state if the outbreak has been controlled or not”, Chikwe Ihekweazu, the NCDC director said when the state crossed 120 days of no new cases and deaths in late October.

“In the most recent national situation report published on the 26th of October, Kogi State has tested only 268 samples so far. We need to test more, to know the true situation in Kogi State and across the country,” he had said.

Contacted Monday afternoon to speak on the governor’s claims of ‘one-month massive testing campaign’, Mr Ihekweazu said he would respond to our questions later. He has yet to do so at the time of this report.

He backed his argument with an analogy of varying temperatures between Nigeria and other climes, saying that “what is applicable over there may not work in Nigeria”.

“In winter countries in Europe and America use heaters in their cars and houses but here we use air conditioners. I am saying this against the backdrop of the fact that we saw a lot of antics of merchandise of these foreign products. We cannot be doing ‘copy and paste’. We should not apply same solution with them.

“We don’t need to participate in this marketing of COVID-19 vaccine. We should channel the money we want use to buy the vaccines to other things. The Presidential Task Force (PTF) should give the right advice to the president.”

He said about N50 billion that might be used to purchase the vaccines should be invested in building about 54 well equipped health centres across the country at the cost of N10 billion each.

The governor said “it is better to invest in tackling more deadly diseases that are killing people everyday, not COVID-19 that has 99.9 per cent recovery rate.”

The recovery rate from the disease is quite remarkably high. According to the NCDC records. More than 71, 000 of the over 84, 000 infected persons across Nigeria have recovered.

That, however, does not mean the disease is not deadly.

In the last nine days prior to Monday, 42 people died from COVID-19 in Nigeria, taking the total fatalities to 1,254.

Mr Bello seems to have followed the path of Dino Melaye, a former Nigerian senator who had also expressed doubts in the vaccines despite the approved ones going through various scientific and approval processes including by the World Health Organisation (WHO).

In a viral video which was shared on social media platforms including Twitter, WhatsApp and Instagram about two weeks ago, the former senator advised Nigerians and Africans “not to accept the use of any vaccine for now,” adding that they could cause fatalities.

There is no scientific evidence yet that the vaccine has caused any deaths. Both Messrs Bello and Melaye did not provide any evidence to back their claims.

The governor had in one instance described the deadly disease as a hoax.

“Ninety per cent of the noise about COVID-19 is for political, economic, financial [or] material gain. The other 10 per cent [relates to] ordinary flu, like the common colds Nigerians generally suffer,” Mr Bello had said in a video posted on his Facebook page on March 25, which went viral.

During the channels TV programme, he said he has “taken a position and I don’t think am shifting from it. Ever.”

Controversial Kogi
The COVID-19 situation in Nigeria’s North-central state of Kogi has been enmeshed in controversies, accusations and counter-accusations between governments and health authorities even before the index case was recorded.

At the time, the state’s COVID-19-free status raised a lot of concern especially because the state sits in-between states with rising numbers of infections.

Federal officials and health authorities believe the state officials are discouraging tests for people with symptoms of COVID-19.

On May 8, health minister Osagie Ehanire, admitted that efforts to support Kogi’s response to the pandemic failed after a delegation including NCDC officials “had to flee the state for fear of being quarantined by the Kogi State government.”

“We tried to send a team of the Ministry of Health and the NCDC into Kogi but there were some differences there to processes,” the minister had said.

When the index case was reported in Kogi on May 27, state officials said they will not accept any test result “conducted outside the state”, a position described as ‘unfortunate and condemnable’ by the Nigerian Medical Association (NMA).

Health experts believe the situation in Kogi does not just raise serious concerns but has also made it more difficult to have a synchronised national strategy.

It also sets a bad precedent to other states who may decide to choose irresponsibility at the expense of their people’s lives, according to Confidence MacHarry, a security and health data analyst with SBM intelligence.

“Kogi’s resort to the “no test, no case” strategy in the early days of the first wave might have felt good for its government, but it is not really a strategy. It amounts to playing the ostrich. The silver lining is that unlike other states which reported the menace of ‘strange illnesses’, Kogi were spared that same fate.

“Over all, it does not seem as though the state government is interested in combating the spread of the virus despite several investigations which have disproved the government’s claim,” Mr MacHarry said.

He said there is a need to tackle this problem head on if the next wave is to be contained. 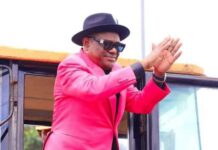 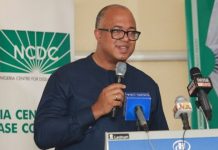 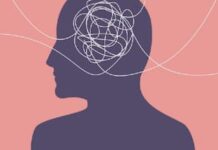 ‘3 Out Of 10 Nigerians Battling Mental Health’

Buhari Sleeps, Wakes Up With Common Man In His Heart – Gov Badaru

Court dissolves marriage over husband’s refusal to get a job