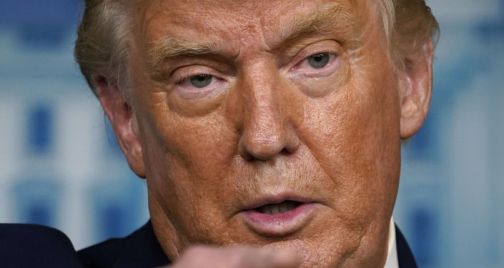 Trump, who has consistently threatened legal proceedings since Tuesday, made this known via Twitter Friday.

He wrote, “Joe Biden should not wrongfully claim the office of the President. I could make that claim also. Legal proceedings are just now beginning!”

Vote counting is still ongoing in about five battleground states but the electoral college votes are tilting in favour of Biden who is some figures shy from the magic number of 270.

Some juggernauts in US politics including House Speaker, Nancy Pelosi, have already started calling Biden the “president-elect” of the United States.

The US Secret Service has also increased its protective bubble around Biden as chances increased that he will be the next US president.

The decision was announced through a Notice to Airmen and listed under ‘special security reasons’.

Biden has since launched a transition website “so that the Biden-Harris Administration can hit the ground running on Day One”.

God Has A Promise For Nigeria – VP Osinbajo