Home Armed Robbery EXTRA: I have stolen 240 phones from commuters in 14 months –... 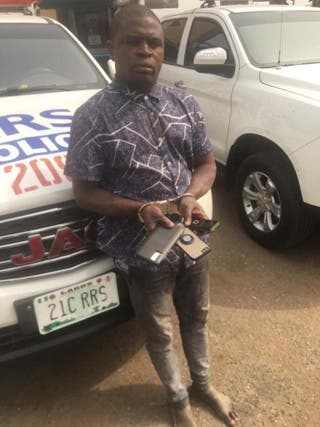 A 27-year-old self confessed pick pocket, has disclosed that he had stolen 240 mobile telephones from commuters in Lagos, since he started operation one year and two months ago.

This is just as a dismissed soldier in Army uniform was arrested for robbery in Aguda area of Lagos, while his partner, also in Army uniform, escaped with the rider of their operational motorbike.

The pickpocket, Ayomide Sikiru, 27, a resident of Akala, Mushin, was arrested around 10:00 p.m on Sunday, after he successfully picked a Tecno Camon 12 from the hand bag of an elderly woman when she was trying to board a commercial bus to Ojodu-Berger, Lagos.

Sikiru, who disclosed that it took him 15 days to learn the criminal act, revealed that he operated between Thursdays and Saturdays only.

His modus operandi included boarding a bus and removing phones from ladies hand bags or men’s pockets.
Luck however ran against him after he was confronted by the owner of the phone .

He was said to have initially denied the allegation, an action that resulted in verbal confrontation which alerted operatives of the Rapid Response Squad stationed at Iyana Oworo.

He was reportedly searched only to recover the phone and another iphone 7, also discovered to have earlier been snatched, inside his bag.
During interrogation, he said: “ I live in Akala, Mushin. I don’t use charm. Someone taught me how to pickpocket. I followed him out for 15 days and watched how he did it until I became perfect. I only operated at night, sometimes when passengers were sleeping inside the bus or rushing to board a commercial bus. I have so far stolen 240 phones. I sell them to ready buyers”.

The Lagos State Police Public Relations Officer, CSP Olumuyiwa Adejobi , who confirmed the arrest, said phones had been handed over to their owners.
Meanwhile, the dismissed soldier , Johnson Godday and his fleeing partner , reportedly operated on a motorcycle. The Police said they attacked some passengers who were alighting from a tricycle at about 10.15 pm on Sunday, at Emmanuel street junction, Ogudu area of Lagos.

One of the victims, Onyebuchi Nwanga, said the robbers snatched his Infinix smart 5 phone in the process, adding that they raised the alarm which alerted policemen attached to Ogudu division.
Explaining how his arrest was effected, Adejobi, said, “ when they raised an alarm, policemen attached to Ogudu Division on duty around the scene came to their rescue and arrested the suspect in Army uniform while the other, also in the Nigerian Army uniform, escaped with the motorcyclist. The snatched phone was immediately recovered from the suspect.

“In the course of investigation, Johnson Godday confessed that he was attached to NA 149 Batallion, Ojo, Lagos before he was dismissed from the Nigerian Army”.

In another development, Adejobi, informed that nine vehicles were impounded by operatives of the Rapid Response Squad, RRS , in Lagos, in compliance with the order of the Commissioner of Police, Lagos State, CP Hakeem Odumosu on enforcement of the curfew and COVID-19 protocols, last Friday.

The impounded vehicles included six commercial buses, a Toyota Hilux, a Honda Accord and Ford pickup.

“The Commissioner of Police, CP Hakeem Odumosu, has ordered the cases to be transferred to the State Criminal Investigation and Intelligence Department, SCIID, Yaba, for proper investigation, while owners of the impounded vehicles should immediately be charged to the mobile courts at Taskforce office Oshodi”. 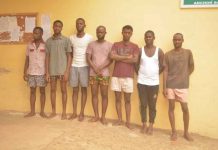 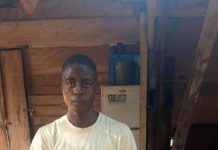 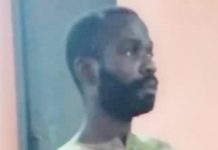 BREAKING: Many feared dead as police, IPOB clash in...