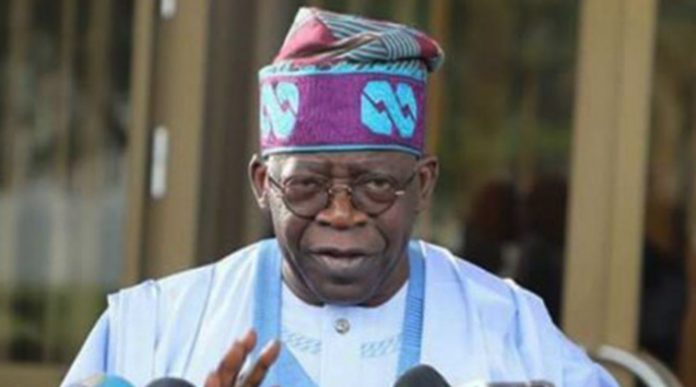 Members of the Lagos State House of Assembly, yesterday, said that Nigeria will be better for if Bola Tinubu emerges the country’s next president in 2023.

This was as President Muhammadu Buhari, eulogised the presidential aspirant on the platform of the All Progressives Congress, APC, Tinubu, as he clocks 70 years, saying he always placed the welfare and unity of the nation above personal interest.

The President, in a statement by his Special Adviser on Media and Publicity, Femi Adesina, said he joined members, leaders and chieftains of the APC in rejoicing with the national leader of the party.

The statement reads: “President Buhari affirms the contributions of the party stalwart to the political, economic and social development of the country, setting a standard in leadership, governance and philanthropy.

“As the former governor of Lagos State turns 70, the President notes and salutes his courage, resilience, selflessness and nobility in always placing the welfare and unity of the nation above self, backed by the vision of a greater Nigeria through investments in the people, institutions and governments, without minding tribe or creed.

“President Buhari joins family members, friends, business and political associates in celebrating the septuagenarian, who has diligently and progressively risen on the nation’s political ladder since 1992, fighting for the democratic rule against many odds, angling for people-focused development and supporting visionary and purposeful leadership.”

Gbajabiamila pays tribute to Tinubu at 70Similarly, the Speaker of the House of Representatives, Mr Femi Gbajabiamila, yesterday, paid glowing tributes to Tinubu on his 70th birthday.

The speaker noted with delight Tinubu’s invaluable contributions to Nigeria’s democracy in the past decades, saying he has unmatched credentials.

Gbajabiamila said: “With these, Tinubu’s services to his fatherland are most needed at a time like this, the speaker stated further.

“I recall how Tinubu used his acumen to turn things around in Lagos State when he served as governor for eight years.”

Referring to Tinubu as the pillar of modern developmental strides in Lagos State, Gbajabiamila said: “He will go down in history as one of the best and most impactful democrats Nigeria has had.”

Sanwo-Olu, in a statement by his Chief Press Secretary, Gboyega Akosile, said: “Tinubu is very consistent in his thoughts and actions about the development of Lagos State and Nigeria.

“Asiwaju Tinubu, like a colossus bestrides Nigeria’s socio-political space with vigour and vision. He stood firmly on the side of the Nigerian people, even at the risk of losing his life and personal belongings during the dark days of the military junta.

“A position he took along with other progressives during the annulment of the June 12 struggle led to the end of the military interregnum and was replaced with normal government, which we all enjoy today.

“With the return to democracy, Asiwaju displayed political astuteness, courage and sagacity to save Nigeria from degenerating into a one-party state.”His financial wizardry and economic intellect, which he put to good use as the Governor of Lagos State, has taken our dear State to a greater height. Today, Lagos is the pride of Nigeria, occupying an enviable position as the fifth largest economy in Africa.

“There are not many leaders in contemporary Nigeria that are as detribalised as Asiwaju Bola Ahmed Tinubu, whose heart accommodates every section of the country.”

Tinubu, a trailblazer, change-maker—Sen AdeolaOn his part, the Chairman, Senate Committee on Finance, Senator Solomon Adeola (APC, Lagos West) has described Asiwaju Bola Tinubu as a trailblazer and change-maker in the contemporary history of Nigeria as he marks his 70th birthday.

In a statement, Senator Adeola said: “Asiwaju Tinubu has impacted so much on the lives of many individuals who have contributed immensely to the development of Nigeria and his role in the political history and development of Nigeria in recent times remains unparallel. He is indeed one of the great sons of Nigeria as a pro-democracy activist, senator, governor and national leader of the foremost political party in Nigeria’s history.

“Tinubu is the quintessential politician with a large heart, an unparallel forgiving spirit and a true nationalist in his brand of politics adding that more than ever, Nigeria needs the kind of leadership that Asiwaju Tinubu has demonstrated in resolving issues and interventions for positive developments over the years.”

Meanwhile, members of the Lagos State House of Assembly, yesterday, said that Nigeria will be better for if Tinubu emerges the country’s next president in 2023.

The lawmaker, led by the Speaker, Mudashiru Obasa, said this during a Special Plenary organized to honour the former governor of the state on the occasion of his 70th birthday. The members of the House during the plenary, took turns to pour encomium on Tinubu who they described as the benefactor to all of them and others in the state, Nigeria and across the world.Obasa said that it was better to celebrate those who have contributed immensely to the betterment of the society like Tinubu.

He said: “Tinubu is our benefactor and mentor, to our colleagues; this is the man who had made the difference.

“We want to recognise his contributions to the development of our democracy especially in Lagos. Today, we have reasons to celebrate him.”Other lawmakers, who spoke about Tinubu’s achievements, described him as a promoter of peace, a great philosopher, a professional technocrat, a pathfinder of modern Lagos, a destiny helper, an economic Engineer, a total democrat and an accredited economist.

Inmate who escaped from Imo prison arrested in Akwa Ibom –...

Why Buhari was de-marketed as religious bigot – Femi Adesina