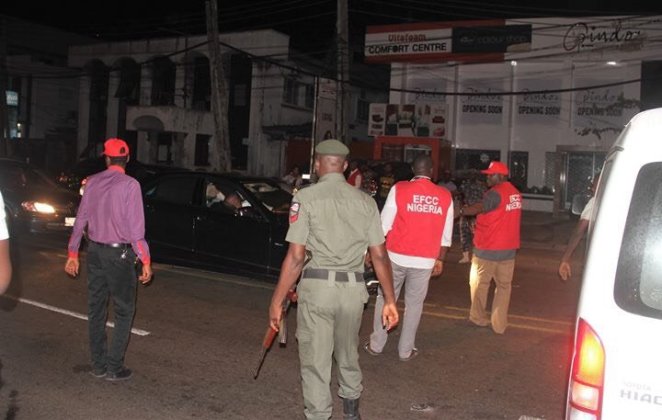 The officers reportedly arrived just before midnight on Saturday and operated well into the early hours of Sunday morning, witnesses said.

According to Peoples Gazette, they forcibly broke into guest rooms unannounced and stripped them of any dignity.

Scores of guests were said to have been arrested during the operation, many of whom were accused of being internet fraudsters even though no outstanding warrants were presented against them.

An awards ceremony that was going on at the hotel was disrupted, but additional details of the raid remained unclear.

“They accused my friend Emmanuel of being a Yahoo boy and stripped him and his girlfriend,” a witness told Peoples Gazette on Sunday morning. “They were also robbed of their money and phones before being badly tortured.”

Emmanuel, whose last name was not provided, was freed at the scene with his girlfriend.

“He was not taken away but we don’t know how we can get his phones and money back,” his friend who witnessed the incident said.

A video that surfaced online included sounds of gunshots and women scampering for safety, fearing that they might be fatally shot by rogue officers attached to the anti-graft agency.

The EFCC has faced widespread condemnation for similar attacks on hotel guests in recent weeks. Officers have been found to raid lodgers and revellers at hotels and nightclubs across the southern parts of the country, often without a warrant or acceptable degree of transparency.

In mid-September, Peoples Gazette reported how EFCC agents broke into hotels in Abeokuta, causing damages to guests and assets.

Governor Dapo Abiodun has reportedly expressed anger over the latest raid, which residents said could further plunge the state’s economy into distress as guests often avoid a previously raided hotel.

Daniel, who was governor of the state from 2003-2011, has for years owned Conference Hotel in Sagamu, Ijebu-Ode and Abeokuta.

Loyalists of the governor reportedly stormed the hotel to frustrate the EFCC operation, a witness said, but it was unclear whether or not they were successful. 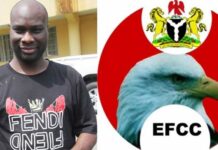 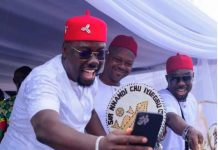 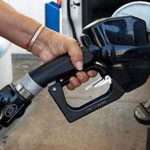 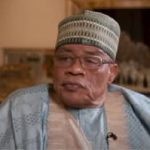 ISOPADEC: Oil workers lock out Director, others from secretariat over unpaid...