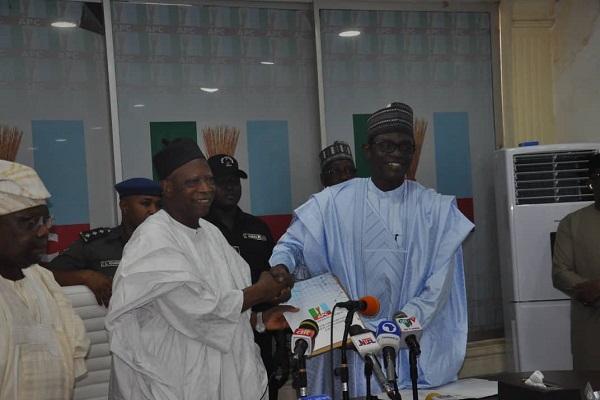 The newly elected National Chairman of the ruling All Progressives Congress (APC) Senator Abdullahi Adamu has finally assumed leadership of the party.

The Chairman Caretaker/Extraordinary Convention Planning Committee (CECPC) Gov. Mai Mala Buni, formally handed over after about 21 months at the saddle of the party.

The brief ceremony, which took place at the National Working Committee (NWC) Hall at the National Secretariat of the party in Abuja was witnessed by all the newly elected executive members and Nasarawa Governor, Abdullahi Sule.

The Adamu-led NWC was elected on Saturday at the party’s National Convention in Abuja.

Osun: You Must Stick To The Oath Of Neutrality, INEC Chairman Charges Officials

In Edo community where residents drink, bath in same stream with cows

Why we moved Obiano to Abuja — EFCC