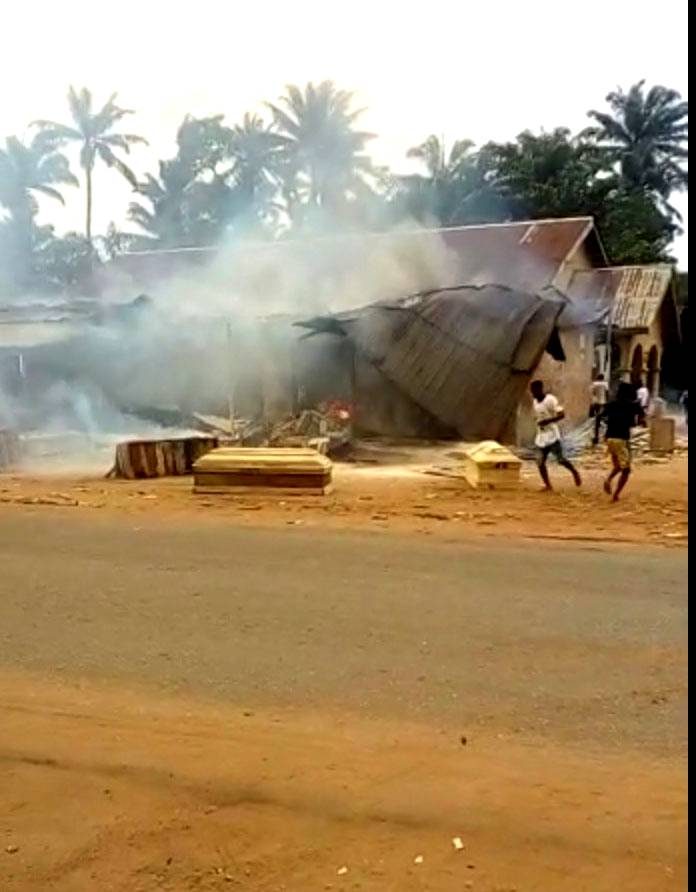 Vanguard gathered that the attacks which started on Sunday night continued till Monday morning.

At the time of filling this report, the reason for the attack was not known, just as residents linked it to the hardened criminal gang as well as native doctors that operate freely at night.

In the attack, a community leader whose identity has not been made known was seen beheaded and his head placed on a table around the market in Okporo community. The number of beheaded persons in the Orlu area has increased to about five, since this violence started.

However, over twenty shops were completely razed down as well as vehicles numbering more than ten got burnt. Also, a shop where caskets were sold was also burnt including the already constructed casket waiting for potential customers.

Also, in another development, another armed gunmen dressed in security attire, had set ablaze a hotel owned by Chinonso Uba in the area, also Uba’s house was razed down by the gunmen.

In the attack, two trucks were allegedly set ablaze.

According to an eyewitness, the gunmen stormed the hotel with “Two hilux vehicles, Mercedes 360, armoured car. They also burnt a brand new hylander car belonging to Uba.”

A community source who spoke to Vanguard from Orlu said: “My brother, this is what we have been seeing since Sunday, Orlu is getting hot now. We are no longer sleeping. These criminals move freely in the night and they kill and destroy everything.

“Even this Monday morning we hear of strange movement by these men in Okporo community and people started running. What is happening in Orlu is creating fears everywhere. These criminals started with beheading of our and now burning peoples homes. What do they want?

“Orlu deserves to be peaceful and people deserve to do their business peaceful with a conducive environment there will be development and people living in Orlu will be happy.”

However, security agencies were yet to react to the violence but Vanguard gathered from intelligence from security officers that efforts have been intensified to unravel the criminal gang causing mayhem in the Orlu area for the past one week.

Also, according to the Imo State Police Command Public Relations Officer, PPRO, Mike Abatam, the police had earlier cordoned the forest of Njaba to checkmate the activities of the hoodlums. 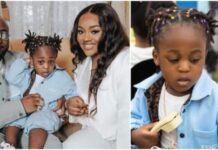 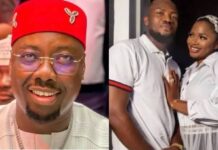 Only son, 24, killed by vigilante’s stray bullet in Anambra