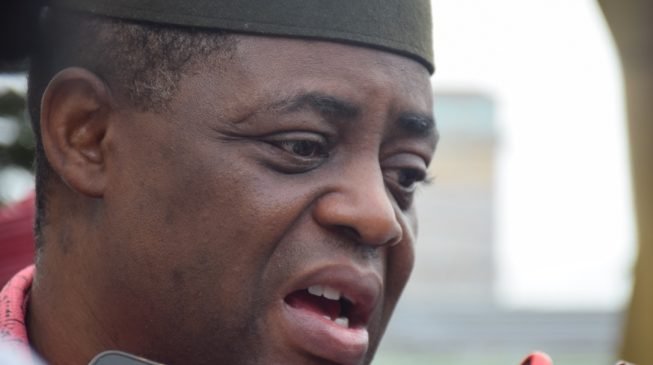 A chieftain of the ruling All Progressives Congress (APC), Senator Grace Folashade Bent, has been exonerated from a family feud involving a former Minister of Aviation, Chief Femi Fani-Kayode.

Fani-Kayode is currently in court with his estranged wife, Precious Chikwendu, who accused Senator Grace of intimation, harassment and being responsible for her inability to have access to her four kids produced by marriage to the former Minister.

But Fani-Kayode has absolved the former Adamawa South Senator, Grace Bent, from the allegations against her by some bloggers on social media, saying she has no hand in his family feud.

In a statement signed by a counsel to Chief Fani-Kayode, Ibikunle Ayodeji, titled; “To Whom It May Concern: Savage Posts On The Well Respected Senator Grace Bent and Her Family,” he said Mrs Bent does not dabble into the home affairs of Fani-Kayode and she has no power to do so.

“We are solicitors to Chief Femi Fani-Kayode. Our attention has been drawn to a series of posts making rounds on the internet.

“The deep rooted animosity which reflects in the post, can be easily connected to her association with Chief Femi Fani-Kayode.

“A response to the post, which is full of cunningly devised fables, is not necessary at this time.

He added that regardless of their political association, Senator Grace Bent does not meddle in the private affairs of Fani-Kayode, neither does she volunteer any advice on how he should run his family business.

“Chief Femi Fani-Kayode is a man of conviction and he takes full control of what goes on around him and what happens in his family and household.

“No one can dictate to him, tell him what to do or manipulate him and neither has Senator Grace Bent or any member of her family tried to do so.

“It is unfortunate that the Bent family is being attacked by persons with unknown pedigrees and a disillusioned mindset.

“The vicious and libellous slander and falsehood levelled against Senator Bent’s daughter, Jackie B, is particularly repugnant and disgraceful.

“This is a well-brought-up and decent young lady who is a well-respected public figure and celebrity in her own right and who has achieved so much at such an early age.

“Senator Bent and her husband, Chief Jackson Bent, who is a highly respected retired Army officer and who has served our nation diligently and selflessly, are worthy of double honour and our client will not cease to accord them same, just like every other well-meaning Nigerian.

“In the light of the above, it is important that our client should clear the air on the savage posts, which are not only distracting but also intended to muddle the waters.

“The Bents are decent, loving, honourable and law-abiding people who should not be subjected to the kind of wickedness that we are witnessing,” he stated.

Army chief: Our theatre of operations has expanded, we need more funding

Nobody can determine my fate after 2023 —Adesina

28 killed, many trapped in Turkey mine explosion