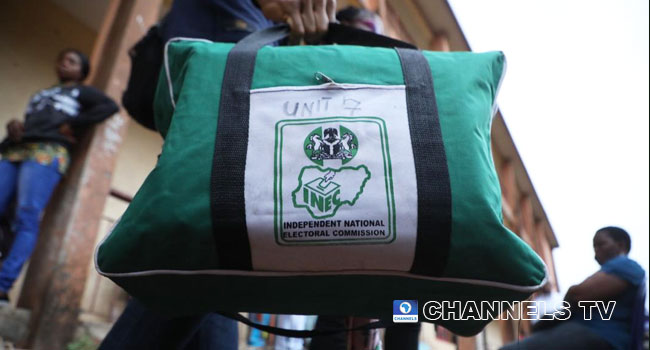 The Independent National Electoral Commission has agreed to lift the suspension on Continuous Voter Registration which was slammed on the State following the attack by gunmen on staff, Governor Hope Uzodinma has said.

According to him, the CVR would commence on Monday April 25 (today).

Several calls, SMS and WhatsApp messages to INEC National Commissioner and chairman of its Information and Voter Education Committee, Festus Okoye, were not replied.

INEC had suspended the CVR registration citing insecurity and consequently, loss of life of her personnel.

A statement issued by his Chief Press Secretary, Oguwike Nwachukwu, said the governor announced this on Sunday at the end of a church service at the Government House Chapel Owerri as Catholics mark their 2022 Mothering Sunday.

According to him, his intervention became necessary to allow Imo citizens register and obtain their Permanent Voter Cards before the next general election.

Uzodinma said, “By Monday, April 25 2022 the CVR will resume in all the designated centres while the three Local Government under ban will carry out the registration at their Local Government Headquarters

“Those who are deliberately scaring the people away from registering are enemies of the State who want to draw the State back knowing full well that the INEC registration and the population census are yardsticks for Federal Revenue Allocation to States and Local Governments.

“Therefore, there is every need for every citizen of Imo State, 18 years and above, to go and register and obtain the PVC for the forth coming election.”

Speaking on the Ohaji Egbema fire outbreak, where nearly 100 persons lost their lives as a result of illegal bunkering and refining, Governor Uzodinma condemned the act in its entirely and emphasized that the right of oil allocation and refining only belongs to the Federal Government.

He said, “It is an economic sabotage and in fact a taboo to engage in such clandestine business,” even as he warned Imo people involved in such activities to desist from such.

The governor also used the opportunity to condole the families of the deceased and prayed for the repose of their souls, describing the situation leading to their death as unfortunate.

On Imo security generally, Uzodinma said his administration was still doing her best to fight all forms of crime and criminality.

He said government has devised better strategy to contend insecurity and enjoined Imo people not to live in fear any longer.

As a first step, Uzodinma said the government had strengthened the Local Vigilante known as “Ebube Agu” to operate in the 27 Local Government Areas of the State effective Monday, April 25 2022.

“Ebube Agu will work with the security agencies in all the 27 LGAs in the State to ensure that every citizen goes about their normal businesses without fear of molestation or harassment from anybody”, he said.

The governor reassured Imo people that “soon both the sponsors and the perpetrators of the violent crime, killings, blood lettings and burning of private and public institutions and private homes in the state will be made public and brought to book.”

Uzodinma reiterated his administration’s preparedness to serve Imo people well when he said “we are to do the will of the people and what the people want.”

To APC faithful, he reassured them that all aspirants will be given a level playing ground and that Party members will be allowed to produce their candidates as “there will be no imposition of candidates.”

That way, he said, winning of election will be easier for APC in Imo state.