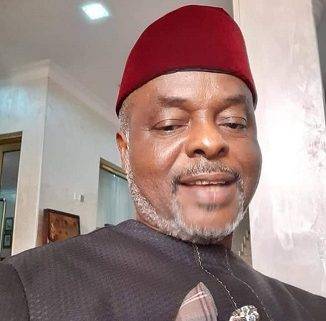 The attention of the Honourable Attorney General and Commissioner for Justice Imo State has been drawn to the malicious, procured and orchestrated news item being circulated by media outfits suggesting that the Honourable Attorney General of Imo State is subverting Justice in a case of child trafficking for which he has been summoned by a Magistrate Court for explanation. We are also aware that this is a fall out of a Press Conference granted by one Igboayaka O. Igboayaka of the acclaimed Ohaneze Youth Council, who made the erroneous and unfounded allegations against the Chief Law officer of Imo State.

While the Attorney General is not surprised over the continued evil orchestration against his person by opposition elements with parochial intent to serve, he is however surprised that responsible media establishments could go to town with such false and malicious news without first seeking clarification from the office of the Attorney General. It is important to note that the office of the Attorney General is vested with the full constitutional powers of prosecution in the State with the right to determine who to prosecute, when to prosecute and where to prosecute. He also has the unquestionable right to review all cases pending in court to determine whether to continue the prosecution or to withdraw same. The present Attorney General of Imo State is a seasoned legal practitioner who will not be taught how to exercise his powers by merchants of preconceived intentions. Every citizen of Imo State standing trial in our courts is presumed innocent until proven guilty and the instruments of the state legal processes will not lend itself into any attempt to find any person guilty before the end of his or her trial. The office of the Honourable Attorney General cannot also be blackmailed or hastened into making a wrong decision in any matter as it’s decisions are usually made after seriously thought-out legal opinion by the State Legal officers.

Categorically, the office of the Imo Attorney General holds as follows:

Furthermore, it is instructive to mention that the Honourable Attorney General of Imo State was not summoned by any Magistrate to appear before her for any explanation as regards the case of child trafficking. Rather, the Court invited the office of the Attorney General as represented by the Director of Public Prosecution (DPP) to clarify the Court with the decision whether to continue the case at the Magistrate Court or arraign the suspects on information before the High Court in accordance with the Administration of Criminal Justice Law of Imo State.

This clarification has become necessary because of the wrong impression conveyed by the malicious and mischievous presentation of the reports by some media and Internet news platforms.

Thank you and God bless you all. Insecurity in Imo: All the indigenes are culpable, says Maurice Iwu

‘Delaware will be on my heart when I die’ — Biden tears up as...

Mike Pompeo: Trump will have a smooth transition to a second...

ASUU Strike: Such Can’t Happen Under My Watch, Says Atiku