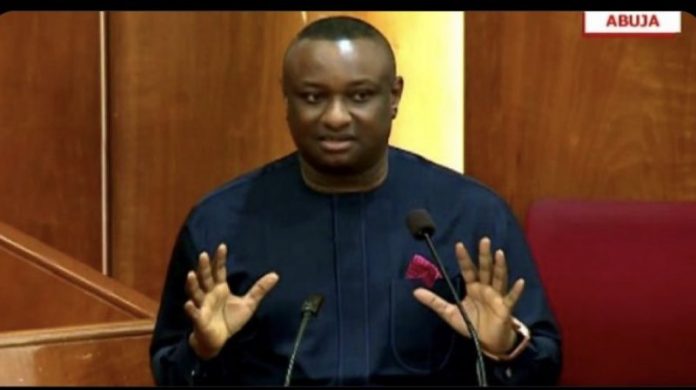 Minister of state for labour, Festus Keyamo said his driver died amid the #EndSARS protest and the counter-attack by hoodlums in Abuja on Wednesday.

In a tweet Thursday, he wrote that the driver, Yohanna Shankuk was crushed by a vehicle which drove against the run of traffic, in a bid to avoid the hoodlum PRO-SARS, attacking peaceful #EndSARS protesters.

“I regret to announce that my driver, Mr. Yohanna Shankuk, died yesterday in Abuja as a result of the protests”, Keyamo stated.

“A vehicle that saw advancing protesters at Berger roundabout, made a U-turn, took the one-way back and ran over him as he was making his way on foot to my private office.”

Many vehicles were damaged and protesters injured.

Miyettti Allah to FG: Ignore Ortom’s unpatriotic call — we will never be a...