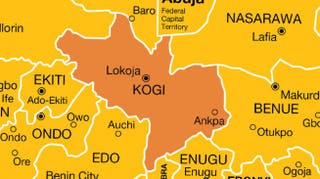 Sheria in Bassa Local Government Area of Kogi State came under a heavy attack in the early hours of Tuesday as men disguised in military fatigue attacked the community, setting houses and shops ablaze.

The Kogi State Police Commissioner, CP Edward Egbuka, said the state command had deployed men of the to the area to restore normalcy.

Locals from the area reported that young men disguised in military camouflage entered Sheria through Biroko axis and started shooting sporadically and burning houses as residents scampered to safety.

The report further indicated that most of the shops by the road side in Sheria town were burnt down.

The number of human casualties is yet to be ascertained as of the time of filing this report.

It was noted that in the last one week, there has been report of renewed hostilities between the Igburra Mozum and Bassa ethnic tribes in Bassa Local Government Area.

He added that policemen from Lokoja and the DPO Anyigba, including operative of sister security agencies had been drafted to the embattled community to restore peace, stressing that normal business activities had since returned to the area.

Femi Adesina: Umahi can run for president in 2023

Early cracks in PDP as Wike berates Secondus over 2023 presidency...