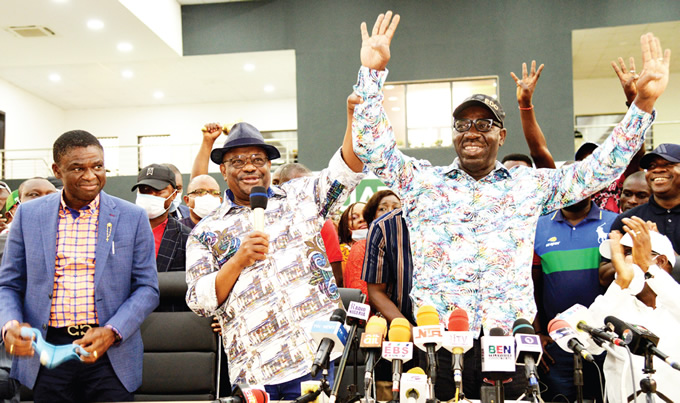 Obaseki visits Buhari, says it will be immoral to return to APC

Rivers State Governor , Nyesom Wike , says Governor Godwin Obaseki of Edo State , who was recently re – elected on the platform of the Peoples Democratic Party, is free to return to the All Progressives Congress if he feels the PDP is not working for him .

Wike , however , said the Edo State governor must never forget that he was given an umbrella when he was left in the rain.

When asked what he would do if Obaseki left the PDP , Wike said , “ I don’ t want to discuss something that is not going to be possible .
However , assuming it happens , so what ? That is politics.

“ If the governor believes that the PDP is no longer a party for him to actualise his vision and his mission, there is nothing wrong but I don’ t believe that it is going to happen because the governor has consistently told us that there is no way he will leave the PDP. If he leaves the PDP, people in Edo State will not be happy .

Wike said he did not play such a big role in Obaseki’ s re -election but only acted as the chairman of the campaign council .

He said he merely supervised the campaign , presented strategies and gave guidance .

The governor said it would be wrong of anyone to give him the glory when others like Governor Seyi Makinde of Oyo State and Delta State Governor , Ifeanyi Okowa , played their roles .

Wike stated that he did not fund Obaseki ’ s campaign because the governor already had enough money to execute his campaign.

He had dumped the APC for the PDP when the ruling party disqualified him from participating in its primary election .

There have been concerns that having won the election on the platform of the PDP , he might return to the APC.

But the governor who met with the President alongside his deputy , Philip Shuaibu , said it would be immoral to do so .

Obaseki and Shuaibu were joined on what they called the “ thank you visit” to Buhari by their spouses and some lawmakers from the state. 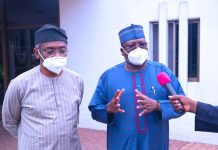 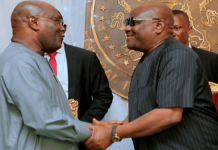 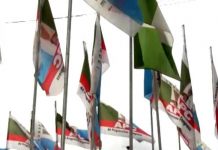 We’ll go ahead with our congresses, says APC on supreme court verdict