Home Opinion One year after #EndSARS — but no lessons learnt 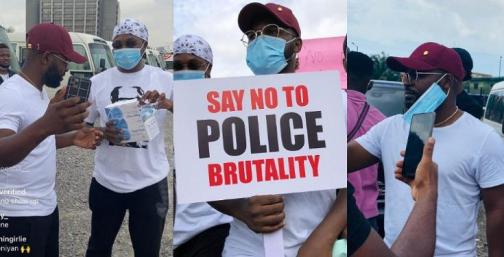 October 2020 is a watershed in Nigeria’s revolutionary history. It is a time that evokes courage, trepidation, solemnity, and despair. Nigerian consciences across divides mobilised and made demands on the government – to end police brutality – with the #EndSARS campaign. Regime power succumbed to people power – but sadly in the end, the citizens’ action was commandeered and miscarried.

Like most Nigerians, I was in support of the protest before it was seized and deployed for violence. Protests are only natural in a democracy. In fact, they are evidence that democracy is still kicking. But violence in whatever form should not be found among civilised people.

I recall how the protest in Abuja was poisoned. Peaceful citizens converged on different areas in the city demanding a reform of the police. But some uncivil individuals infiltrated the ranks of the movement, blocking roads, setting bonfires and holding residents captive in a jungle of automobiles. Soon sponsored thugs descended on peaceful protesters and unleashed a violence never before seen in the Federal Capital Territory on citizens only doing their bounden duty.

Chaos everywhere; the earth was crimson and the atmosphere made putrid by the blazing of property and attack on pedestrians. The FCT was under siege – held by hoodlums and criminals magicked from neighbouring states by those who considered the protest as an attack on the government.

Some residents killed, businesses destroyed, buildings razed and a fleet of cars at a vehicle mart set ablaze. But one year after, most of those who suffered losses in the savage attacks have not been compensated despite the promise made to them by Bello Mohammed, FCT minister.

I am of the view that the #EndSARS protest in situ was an organic and unchoreographed citizens’ response to the prevailing culture of impunity at all levels. It was devoid of political adventures ab initio, but some powerful forces sensing the political capital that can be extracted from it played their hand. Then the agents of the government reacted by sponsoring thugs to counter the tide. Anarchy was subsequently loosed on the country.

The government cannot be exculpated of blame in the violence that followed the #EndSARS protest just as the political influence on the movement by some interests cannot be discounted.

So, one year after the #EndSARS protest, what has changed? And what lessons have been learnt – by the government and protest entrepreneurs? I think nothing has changed, and there appears to be no lessons learnt.

According to a report by Global Rights, an international human rights organisation based in Washington DC, in spite of the avalanche of protests against police brutality in October 2020, Nigeria recorded 164 cases of extra-judicial killing between January and September 2021.

The report said there were 14 cases of extra-judicial killing in January; three in February; six in March, six in April, nine in May; 12 in June, 23 in July; 14 in August, and 77 in September.

A plus ca change; nothing changed. The impunity by law enforcement agents has persisted unhinged since the #EndSARS protest. But this impunity is systemic, really. Yes. Impunity is a Nigerian affliction, and it is beyond the police. Here, a “big man” will threaten to lock you up for speaking to him unkindly. And a federal ministry will turn you back for wearing shorts or for having dreadlocks. Those with privilege abuse and assault their domestic staff; companies are run as slave camps where staff suffer indignities and are owed months and years of wages. It is the same impunity — everywhere.

The average Nigerian police officer is not different from the everyday Nigerian. They are encumbered by the same flaws, the same contours, and are from the same famished and oppressed phylum. Our police officers are made by our communities and socialised into impunity as everyone else.

Again, the problem is systemic. Police criminalise citizens; citizens see police as the enemy. But as long as there is a trust chasm between the civil population and the law enforcement agency, the police cannot secure the country. Every society gets the police it deserves.

It is in every government’s best interest to address the underlying triggers of citizens’ revolt such as — high youth unemployment, hunger, corruption and impunity by those entrusted with power. The #EndSARS protest happened at a time Nigeria was reopening the economy after weeks of lockdown owing to the COVID pandemic. There was already mass frustration owing to job losses and business failures brought on by the lockdown.

The excessiveness of some police officers at a time Nigerians were writhing from economic vexation ignited the mine. SARS had always been callous before the protest, but at that time, Nigerians said, ’’if we perish, we perish’’. No government should take the patience and docility of citizens for granted. There is always a breaking point, and there is always a point of no return. The biggest lesson for the government is perhaps to be sensitive to the plight, complaints and challenges of citizens. There is a point a diffident goat is pushed to — and it bites.

For activists and the civil society, calling for protests is one thing, but managing demonstrations so that they are not commandeered by political interests and vultures is another matter. A lack of strategy and the absence of leadership made the #EndSARS protest vulnerable to political toxins. There should be an exit strategy, entente, and fair compromises where necessary.

There is always another day to fight.

By Fredrick Nwabufo; Nwabufo is a writer and journalist. 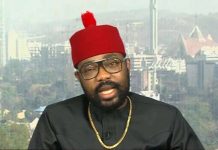 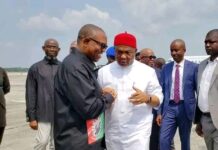 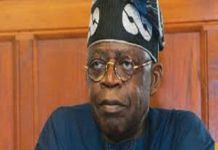 Tinubu’s manifesto and the south-east