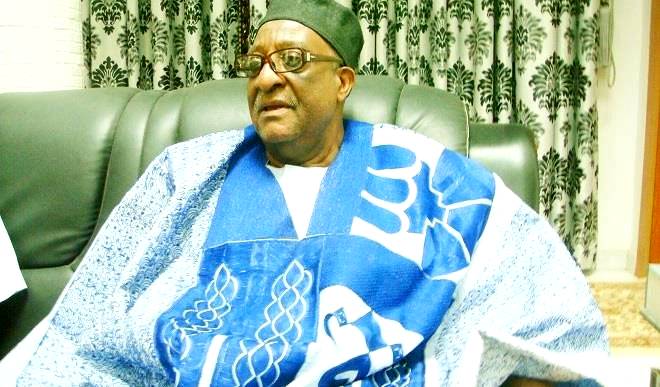 Senator Walid Jibrin , immediate past Board of Trustees ( BoT) Chairman of the PDP, has said that despite his resignation as BoT Chairman of the party, he still remains as a life member of the BoT.

Senator Jibrin who accepted the appointment on Friday as the chairman of Nasarawa state presidential campaign council of the party, said in a statement that he is a true party man who never leaves the PDP since its formation in 1998.

“I want to sincerely thank the state PDP chairman and his entire EXCO, the Elders, the caucus, and the entire PDP members in the state for giving me this very important assignment just after I resigned as the BoT chairman to protect and strengthen the party considering my being in the PDP since 1998 .”

” Since its establishment when I started strongly with the party ensuring that I never leave the party for a second to any other party from the year 1998 to date to any party. I have been a true party man right from the unit, ward, local Govt, zone, and state where I served as party leader.”

“I also served as National member,….NWC member,Deputy National Financial Secretary, National Financial Secretary, Member NWC. BoT member, acting BoT secretary, confirmed BoT secretary, acting BoT national Chairman, and finally BoT chairman, the conscience of the party. I have been working with all organs of the party I will continue contributing base on my enormous experience throughout in this PDP and will continue until Atiku becomes the president of Nigeria in 2023.”

“I hereby urge all PDP members and all Nigerians to come and vote for Atiku . I want to assure you all that despite my resignation as BoT Chairman I still remain as a life member of BoT,” he said.

We Are Disappointed In Buhari’s Ministers For Telling Lies – ASUU