….Say the report was absolutely false and unfounded

The Anambra state police command have denied trying to cover up the case of alleged murder of 10 year-old
house help.

Crimefacts.news had reported how a lady allegedly beats 10-year-old house Help to death in Anambra as a human rights activist, Gwamnishu Emefiena Harrison took to his Facebook page to allege that Kosisochukwu was brutally tortured before she died

It was also gathered that the house help was said to have died before arriving at the hospital for treatment on February 16.

The rights activist also claimed that there was a plan to cover up the home help’s death as Okoye was only apprehended by the police and not yet charged to court for murder.

However reacting to the allegations, The police spokesperson in Anambra state, Haruna Mohammed who spoke to Crkmefacts.news said, “the attention of the Anambra State Police Command has been drawn to a misleading report on Instagram credited to one Gwamnishu Emefiena Harrison that Police have refused to charge to Court one Madam Nmesoma Okafor ‘f’ aged 25years of Nkpor in Idemili North LGA of Anambra State over alleged torture and murder of her teenage house help who died in the hospital while receiving treatment on 16th February,2021.

“The report was absolutely false and unfounded.In fact the suspect in question is still in police custody and would be charged to court on monday 15/3/2021 after conducting autopsy.

Hsruna questioned why the author could not cross check his facts with the police in a sensitive matter such as this before publishing.

“In view of the foregoing, the Commissioner of Police CP Monday Bala Kuryas,fsi urges the public to disregard the report and further assures them that justice will be served on the matter, “the PPRO said. 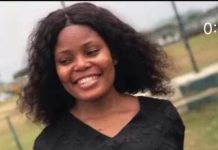 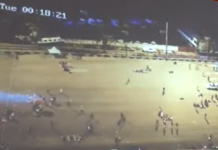 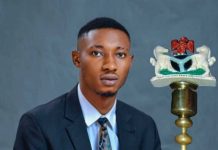 Slain IMSU Law Student: Two bullets pierced his body from the back – Eyewitness

Looting: Nasarawa Not Afraid Of Any Warehouse Break In – Gov Sule

Man jumps from 7th floor of 1004 Estate to avoid EFCC

“I caught her in bed with married man’ – Fani-Kayode reacts...