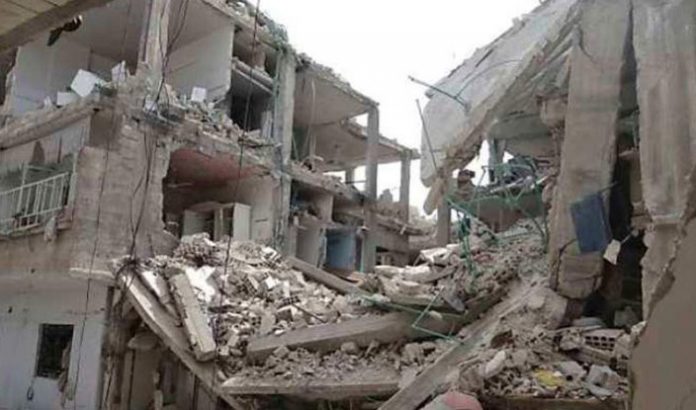 A pregnant woman and her two children, aged three and five, were among residents who escaped death by a whisker on Saturday night when fire engulfed a residential building in Asaba, Delta State. The kids were said to have stepped out shortly before the fire started.

Property worth millions of naira were destroyed when the one storey building at No. 17, Lolo Uronne Street, off Fear God Street, Asaba, was gutted.

The cause of the fire, which started around 9:00p.m. was not immediately known, but sources said a 14-year-old girl (name withheld), stepdaughter to the pregnant woman, allegedly lit a candle and placed it close to fuel containers inside the compound.

But for the swift intervention of men of the State Fire Service who arrived around 10:00p.m. the fire could have cause more harm. Some residents who sustained injuries during the incident have been discharged from hospital while a few others were still being attended to as at press time.

Meanwhile, the 14-year-old girl, who allegedly caused the fire, has been detained by the police as there was nobody to stand for her release. Her father, it was learnt, works in Port Harcourt, River State, and only comes home during vacation.

Police Public Relations Officer of the state police command, DSP Onome Onovwakpoyeya, who confirmed the disaster, said the girl was in police custody.

“The DPO said a journalist cannot stand surety for her bail. A relation of the girl should come, and the stepmother said she was not pleased with what happened because her things also got burnt. We cannot just let the girl go. Nobody has come for her, that is why they have not released her.

“They have called her pastor, he said he just returned from a trip. So, anytime he shows up, they will release the girl for him so that anytime they need the girl’s attention, somebody should be able to produce her,” she said.

In the meantime, occupants of the building have called on Oshimili South local council authorities and the state government to come to their aid, as they are left with nothing to fall back on, while currently homeless. One of the victims who simply game her name as Ngozi said all her belongings were burnt, aside the cloth she had on.

Editor’s Note:This Photo is for illustrator, not scene of the incident 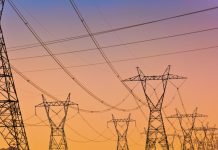 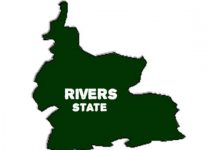 Commander who raised alarm on how Boko Haram was out-gunning Nigerian Army, redeployed