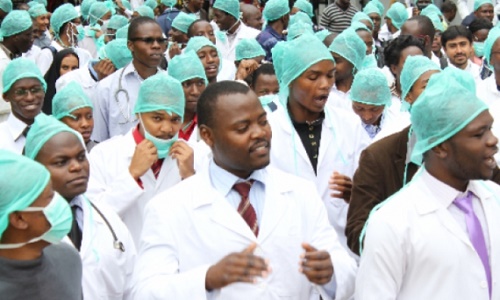 Doctors recruited from Nigeria to work in UK hospitals have alleged that they are being exploited and overworked.

There have been concerns about the mass relocation of Nigerian doctors to other countries in search of better opportunities in recent years.

According to a report by the BBC, investigations showed that Nigerian doctors are being recruited by a British healthcare company and expected to work in private hospitals under conditions not allowed by the National Health Service (NHS).

Augustine Enekwechi, a young Nigerian doctor who worked at Nuffield Health Leeds Hospital in 2021, said he was approached by NES Healthcare, a private company that specialises in employing doctors from overseas, and was offered visa sponsorship and a potential job.

The doctor said he failed to notice that the NES contract opted him out of the law that protects UK workers from excessive working hours and left him vulnerable to a range of salary deductions.

Enekwechi said he was once on-call 24 hours a day for a week, adding that working at the hospital felt like being in “a prison”.

“I knew that working tired puts the patients at risk and puts myself also at risk, as well for litigation. I felt powerless… helpless, you know, constant stress and thinking something could go wrong,” BBC quoted him as saying.

On his part, Femi Johnson, a doctor who worked at another hospital, said he was also expected to work 14 to 16-hour days and then be on call overnight.

“I was burnt out. I was tired, I needed sleep. It’s not humanly possible to do that every day for seven days,” he said.

Johnson added that when he needed a break, the NES was entitled to deduct money from his salary to cover the cost of finding a replacement doctor.

The report said according to a British Medical Association (BMA) questionnaire given to 188 resident medical officers, 92 percent had been recruited from Africa and most of them — 81 percent — were from Nigeria. It said the majority also complained about excessive working hours and unfair salary deductions.

The BMA reportedly described the situation as “shocking” and said the sector needs to be brought in line with NHS working practices. 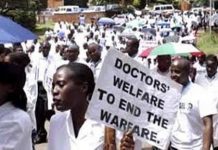 Brain Drain: Nigeria May End Up Without Doctors – NARD 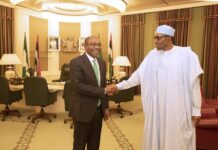 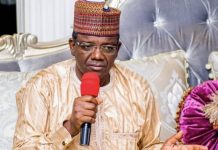 Army: We aren’t sure if Shekau is dead or not

2023: Peter Obi Is The Only Hope For A Better Nigeria – Obi Cubana