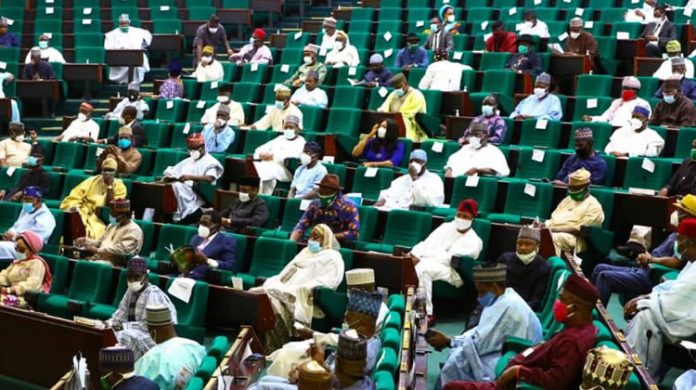 The House of Representatives has said it will take disciplinary measures against one of the lawmakers Kingsley Chinda who called for the impeachment of President Muhammadu Buhari.

Hon. Kingsley Chinda is the leader of the Peoples Democratic Party, House of Reps Caucus, and is representing Obio/Akpor Federal Constituency in Rivers State.

The House Majority Leader, Ado Doguwa, during plenary on Monday said that Hon. Chinda was not representing the position of the PDP caucus of the House as he claims and is acting alone.

He also noted that the President’s decision not to honour the House was due to the utterances of the lawmaker calling for his impeachment, and concerns that the President would be embarrassed If he honoured the invitation.

Hon. Chinda in a press release on December 7, called on Nigerians irrespective of political party, tribe, or religion to compel their representatives to commence the impeachment process against the President.

The lawmaker’s call for impeachment is not unconnected with the rising cases of insecurity being witnessed across the country.

However, House spokesman Hon. Benjamin Kalu described Chinda’s call as the “opinion of a single member of the opposition party in the house.”

He said calls for impeachment were not logical as the President is yet to appear before the House to explain what his administration is doing to address the security issue.

“If this call came post-President’s visit for the failure to dialogue well enough in securing solutions or due to his inability to put our positions to use, it would appear logical.

“Unfortunately, this call is not only illogical, but it also appears as a tool mischievously thrown up to disrupt the agenda of the coming visit with all it sets out to achieve in the spirit of nation-building which remains the mantra of the 9th Assembly and is considered a joint task”, Kalu added.

Osinbajo: Buhari will use commonsense strategy to lift 100m Nigerians out of poverty

2023: Let Them Have Heart Attack, I’m Having Fun – Emefiele Says After Visiting...

We will end Insecurity this year – Buhari