Popular Nollywood actor, Yul Edochie, has raised some heated controversy on Nigeria’s social media space after unveiling his second wife, Judy Austin, and the child he has with her.

The controversy has led to a heated conversation about the place of polygamy in Christianity, as well as in marital life generally, with some people commending the actor’s courage for revealing his polygamous status, others vilifying him for being disloyal to his first wife, May, whom he has been married to for 17 years with four children.

She is rumoured to be a mother of two kids from a previous relationship.
She is from Anambra State, the south-eastern part of Nigeria.
Judy Austin Moghalu is famous for her roles in Nollywood movies like; Native Girl, Fear The Street Girl I Love, Where I Belong, Trouble Comes To Town, and Secret of the Riches.
She is also also a movie producer and brand ambassador.
According to her Instagram handle, she’s the CEO of Judyaustin Boutique. 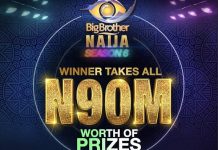 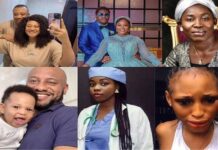 Events that shook internet in April 2022 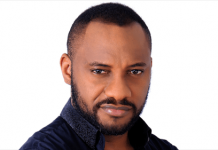