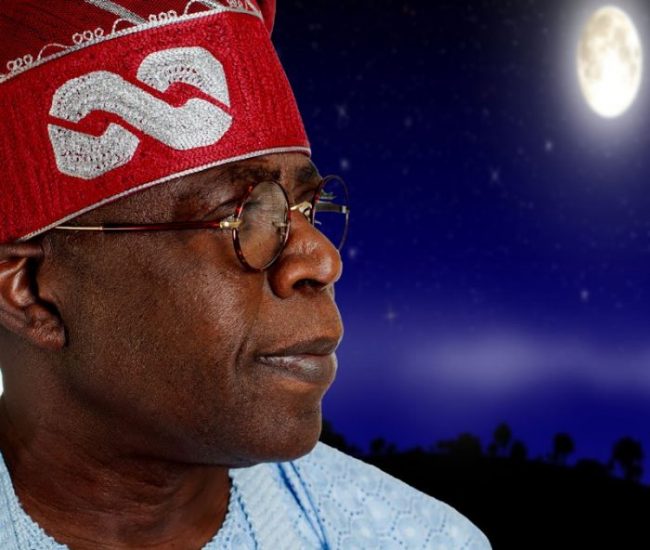 National leader of the All Progressive Congress and presidential aspirant in 2023 election, Ashiwaju Bola Ahmed Tinubu has thrown a poser to his opponents, daring them to try and see who wins the party’s ticket and the election proper.

He also observed that the reward system in APC was poor, promising to change the system if elected president next year.

Tinubu also said he would address the economic and security challenges if given the opportunity.

Tinubu, who is a former governor of Lagos State spoke on Thursday evening in Abuja when he hosted the Forum of Former Deputy Governors of Nigeria (FFDGN).

He appealed to the forum to support his presidential ambition and also ensure the unity of the the party in their various states to achieve success, starting with Osun and Ekiti elections which are afoot.

“Many of you I know, and you have participated in governance and political activities. You have given a value to your various states. When we merged as one and took broom as the symbol of party, broom has a lot of meaning.

“Let me first of all address our element of constitution, I promise to look into that if elected. Our reward system as APC is very poor, and it was late before I could recognise that. Let me assure you, I won’t repeat that mistake, if I’m elected.

“I know that you still have people who believe in you, in the system. In some states where we have divisions, please, tell us, we have to harmonise and become one. Particularly, Oyo is divided, Osun and Ekiti elections are coming, these elections are precursors to the national election.

“But for those who have decided to be an opponent, I will not dwell on that, let’s see who wins, but I want to win and I want you to work along with me and to convince more delegates,” Tinubu added.

“We came here to listen to you, we are going to talk less and listen to our leader,” he said.