At least two people were wounded in southern Israel by rocket fire from Hamas-controlled Gaza on Tuesday, emergency services said, in an attack that coincided with Israel’s signing in Washington of normalisation deals with the UAE and Bahrain.

Palestinian president Mahmud Abbas, meanwhile, warned that the deals would “not achieve peace in the region” until the US and Israel acknowledged his people’s right to a state.

“Peace, security and stability will not be achieved in the region until the Israeli occupation ends,” he said.

The Israeli army said two rockets were fired from the Gaza Strip, one of which was intercepted by its Iron Dome anti-missile system.

The other crashed into the southern coastal city of Ashdod, lightly wounding at least two people, emergency services said.

Witnesses in Gaza said at least two rockets were fired from the north of the coastal enclave into Israeli territory.

There was no immediate claim of responsibility from Palestinian factions operating in Gaza.

The attack came as the United Arab Emirates and Bahrain signed the accords establishing diplomatic relations with the Jewish state.

Palestinians protested on the streets Tuesday against the deals.

Clutching Palestinian flags and wearing blue face masks for protection against coronavirus, demonstrators rallied in the West Bank cities of Nablus and Hebron and in Gaza.

Hundreds also took part in a demonstration in Ramallah, home of the Palestinian Authority (PA) which Abbas heads.

Banners were displayed at the protests, reading “Treason”, “No to normalisation with the (Israeli) occupier”, and “The agreements of shame”.

The normalisation by the UAE and Bahrain breaks with decades of consensus within the Arab world that an Israeli-Palestinian peace deal is a prerequisite for establishing ties with the Jewish state.

Abbas warned that “attempts to bypass the Palestinian people and its leadership, represented by the Palestine Liberation Organisation, will have dangerous consequences for which the United States and Israel will be responsible”.

In Gaza, protesters trampled on and set fire to placards bearing images of the leaders of Israel, the UAE and Bahrain.

That latest rocket fire came after a month in which militants in the strip had stepped up incendiary balloon attacks against Israel, which responded with nighttime air strikes against Hamas.

But the two sides at the end of August reached a Qatari-mediated deal to end hostilities and revive a fragile 18-month truce.

Hamas has joined the PA in condemning the UAE and Bahraini accords as a “betrayal” of their cause. 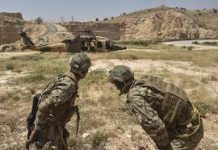 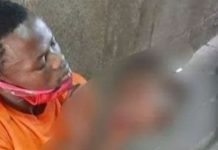 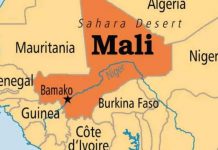