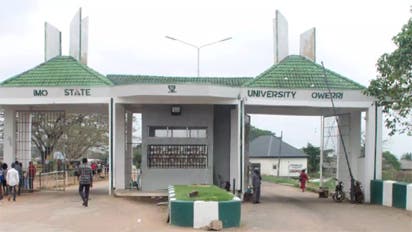 A former departmental head in the Imo State University, Owerri (IMSU), Engr. Dr. Michael Anumaka has petitioned the Editor-in-Chief of the Punch Nigeria Limited, Mr. Ademola Osinubi over a news publication which the lecturer considers as ‘defamatory, fictitious and malicious’.

This is also as the lecturer threatened court action if the offending report is not retracted and the damage remedied.

Anumaka who wrote through his lawyer, Ndukwe Nnawuchi, a Senior Advocate of Nigeria (SAN), clarified that the said report was riddled with blatant falsehood, fabrications and half-truths, ultimately misleading and bereft of any substance or foundation.

The letter inferred that dates cited in the report are largely false; the claims and suggestions in the publication, evidently mendacious while the comments credited to Anumaka by the writer of the report, appears fictitious.

The eight-page letter noted that a letter referenced IMSU/REG/56 and dated 13th July, 2012 had been dispatched by the Imo state University to FUTO seeking to verify Anumaka’s Advanced Diploma and PGD certificates, but FUTO’s reply referenced FUT/REG/CR/GEN.118/VOL.25 and dated Sept. 25, 2012, had affirmed the authenticity of Anumaka’s credentials.

The letter regretted that, “the publication preferred to deliberately defame our client pursuant to half-truths obtained from Prof. Ogbogu, Mr. Ralph Njoku-Obi, G. I. Uchegbulem and cohorts.”

Citing an instance, the letter noted that Anumaka was indeed issued a suspension letter referenced IMSU/REG/ACA/PF/0962 and dated 4th Nov. 2014 which the IMSU Spokesperson, Mr. Njoku-Obi harped but feigned ignorance of the letter referenced IMSU/REG/ACA/PF.0962 and dated October 14, 2015, which lifted the suspension while apologising and expressing regrets over the inconveniences caused Dr. Anumaka.

The lawyer also conveyed to the newspaper management that the letter also serves as a pre-action notice, in the event that the retraction demand in the letter is treated with levity. 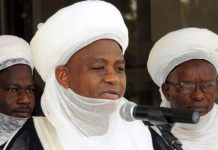