Home Business WTO members elect Okonjo-Iweala but only US opposes… so, what happens next?

Ngozi Okonjo-Iweala was set to be named the next the director-general of the World Trade Organisation (WTO) on Wednesday — until the United States happened.

Okonjo-Iweala had got the support of 110 out of 164 member countries, including Japan, AU, EU, the Caribbean, and a majority in Latin America.

The panel of three set up to decide who becomes the next WTO DG had picked the former Nigerian minister as the one with the best chance of getting a consensus.

However, the United States does not support the Harvard-trained development economist, who has lived and worked in the country for more than three decades.

As it stands, US is the only country opposing her appointment.

Despite Okonjo-Iweala’s status as a US citizen, the country backed South Korea’s Yoo Myung-hee.

According to Bloomberg, China has no problems with the WTO selection process.

But with the US opposition to Okonjo-Iweala, what happens next?

WTO: THE ALL OR NOTHING CONSENSUS

Okonjo-Iweala had 110 votes and was selected by the panel of three ambassadors. Is that not a win?

It is a win, but not the absolute win. The WTO is a consensus-based system. Every member has to agree before a final decision can be made.

If any country opposes a WTO decision, despite the majority vote, the decision will not stand immediately.

That means another round of intrigues before a final vote is taken on the basis of “one country, one vote”.

But it is not that simple: it is problematic when the country in opposition is the almighty US — the economic and trade powerhouse of the world.

Theoretically, if the US agrees to Okonjo-Iweala taking the role, and any country, for example Afghanistan, does not agree, there would likely be another extension for the issues to be resolved and a consensus attained.

The WTO is an all or nothing organisation — everyone is on board or no one can move forward.

The next meeting of the WTO highest decision-making body, the general council, has been fixed for November 3, 2020 — about a week after the US election.

If incumbent President Donald Trump wins, the WTO will have to get his administration’s nod on Okonjo-Iweala’s side before she can be named DG.

A Joe Biden win likely means a different course of action, which could also delay her selection till he is inaugurated in January 2021.

If the US does not come on board as soon as possible, the selection may be delayed for weeks or months — defeating the purpose of the expedited selection process.

This is unprecedented in the history of the WTO and these are uncharted territories. The future is a little dicey, but a few things are possible.

The organisation says “where consensus is not possible, the WTO agreement allows for voting — a vote being won with a majority of the votes cast and on the basis of ‘one country, one vote’.”

If that is the last resort, the US may back Okonjo-Iweala to avoid the ridicule of losing such a vote — or hold its position, which would defeat the purpose of the organisation’s consensus-based system.

This will strain trade and diplomatic relationships among member countries.

It will also make it near-impossible to fix the trade tensions between the major players — US and China. 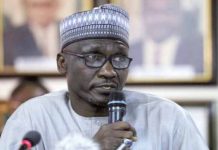 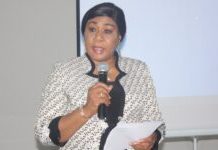 CAMA to be implemented from January 1, says CAC 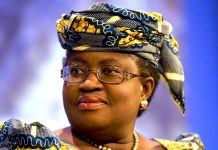 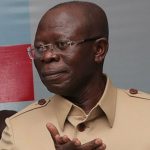 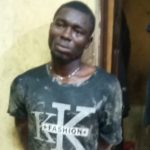 The Police Command in Rivers has arrested a pirate, identified as Daniel George, over his attack on... 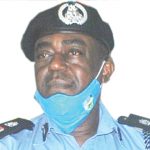 The two suspected hoodlums , Adewale Abiodun and Aliu Mubarak , arrested for being in possession...