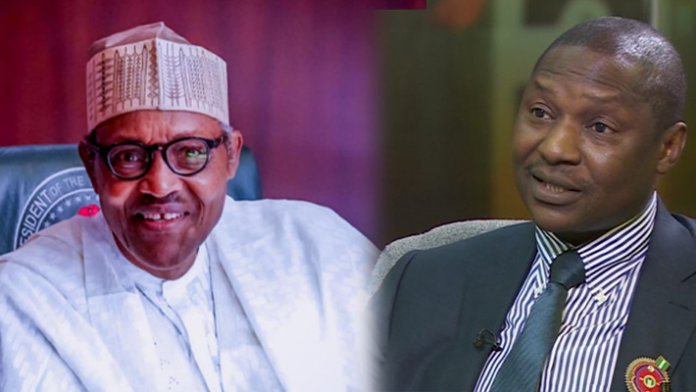 The National Assembly has hailed the verdict of the Supreme Court on the suit filed by  President Mohammadu Buhari and the Attorney General of the Federation, Abubakar Malami, SAN, seeking to void the provision of Section 84 (12) of the Electoral Amendment Act 2022.

A seven-member panel of the Supreme Court, led by Justice Musa Dattijo Mohammed, had, in its judgment, on Friday, unanimously held that the President, having assented to the law, could not turn around to fault its provisions.

The court upheld all the grounds of objection raised by the National Assembly, through its lawyer, Dr Olukayode Ajulo, against the competence of the suit, marked: SC/504/2022.

The court rejected the call by the President, through his lawyer, Chief Lateef Fagbemi, SAN, that Section 84(12) of the Electoral Act be voided because it was made in excess of the constitutional powers of the National Assembly and was, therefore, unconstitutional and illegal.

Reacting to the judgment on Friday, both the red and green chambers of the National Assembly told Saturday PUNCH that the verdict had vindicated their position that the President lacks the powers to direct the legislature to amend the Act after it had been passed into law.

The spokesperson for the Senate, Senator Ajibola Bashir, said Buhari’s insistence that the Act should be amended showed that he was wrongly advised by the AGF.

Bashir said, “The judgment has been given by the court. The outcome shows that our position at the National Assembly is correct. It also shows that the President is not getting the proper legal advice from the Attorney General.”

Similarly, the spokesperson for the House of Representatives, Benjamin Kalu, commended the Supreme Court’s decision.

Kalu told the News Agency of Nigeria in Abuja that the lawmakers were glad the Supreme Court did the right thing, adding that they did not expect anything less from the apex court Justices.

“Although many thought that it was either self-serving or targeted at some individual, the law is made to advance our democracy, especially to increase the competitive elements in our democracy for credible election.

“What this means is that the confidence level of Nigerians, every day, is increasing with regards to our participatory democracy, and their belief that the judiciary remains a place to find justice for all.

“So, it calls for jubilation by the whole country, that the doctrine of separation of power is observed; where the mandates of each arm of government are more specified.”

Legal luminary, Chief Wole Olanipekun, SAN, described the Supreme Court’s decision as timely, saying it came at a time when the judiciary needed to uphold its integrity.

Olanipekun, who told Saturday PUNCH that the Body of Benchers was setting up a regulatory body to check the dysfunction in the judicial system, said, “We don’t want to present the Judiciary as an institution where anybody can go as a result of unnecessary anger against the adversary.”

Reps majority leader: Nigerians must be allowed to take up arms...