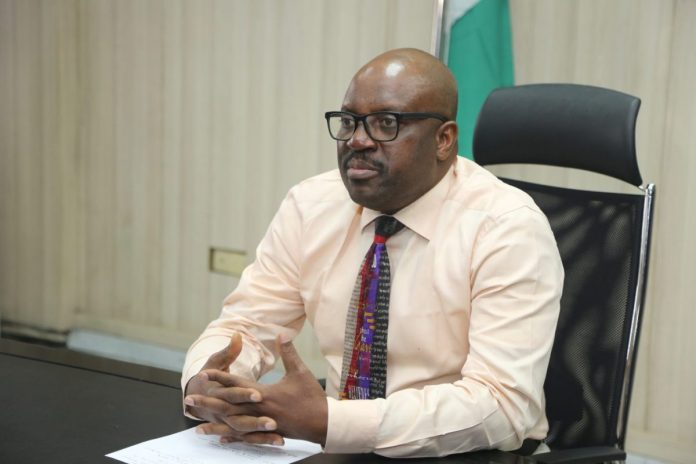 Acting Managing Director/Chief Executive
Officer, CEO, Expanded Interim Management
Committee, EIMC, Niger Delta Development
Commission, NDDC, Prof Kemebradikumo
Pondei, Tuesday, opened his heart on the ill-
starred incident at the House of
Representatives, where he unexpectedly
fainted while being questioned by lawmakers,
a month ago.
Pondei, undoubtedly stressed but back to his
feet, in an exclusive interview with Vanguard newspaper, hw
disclosed that he had a mysterious and
unpredictable health challenge and was
stunned people thought he was acting.
Speaking on the delay in passing the
Commission’s 2019 Budget, he revealed: “A
minor typographical error was noticed and we
asked for 10 minutes to amend the errors, but
the presentation was stepped down. The
National Assembly, NASS, has since gone on recess .”

I noticed a new bounce in NDDC activity after
your last appearance in the House of
Representatives, are you back to your feet
now, what really happened to you on that day ?

I had an unexplained, unexpected health
challenge. It is ridiculous to think that people
believed I was acting. I would not pray for
anyone to experience what I went through. I
do not run from issues. I have put all that
behind me.

Despite the allegations against you and other
EIMC members, you seemed not to be
perturbed anymore, as you have gone back to
work, what is the adrenaline?

This is because the accusations/allegations
were laughable. From N40 billion missing, the
probes now became extra-budgetary
spending. After accusing the EIMC of
embezzlement of N40 billion, nothing was
substantiated. The IMC is then asked to
refund monies paid for historical debts owed
contractors, service providers and allowances
paid to staff.

Some lawmakers said NDDC was mistaking
projects they facilitated to their
constituencies for contracts awarded to them
and calling them contractors, don’t you think
the Commission is, indeed, mixing up things up?

The Forensic Audit will determine that. We are
told that the lawmakers actually facilitated the
projects to their constituencies, but also
insisted on the contracts been awarded to
them or their proxies.
It is obvious that some of the beneficiaries
used proxies to collect contracts from the
Commission, don’t think you think they were
ingenious than you people in NDDC?
That seems to be the case. The current EIMC
decided to change the way things are done in
the NDDC and this is responsible for most of
this face-off.

Again, the Commission admitted that some
people might have used names of some
influential Niger -Deltans to obtain contracts,
why did things degenerate to such low in
NDDC?

This is because there were no checks or
balances. The NDDC was a place for political
patronage and raising war chests for
elections.

So much about NDDC contracts’ cartel
allegedly run by MD, ED- Projects and ED-FA,
have you heard of this cartel and are you part
of it?

want you to investigate this discretely, ask
staff at the Headquarters. I am not part of any
cartel. Instead, I have tried to eliminate this by
reducing interaction between staff and
contractors. Gratification had been going on
as a routine procedure. Nepotism in
processing of files and payments also exist.
Before all these distractions, the EIMC was
working seriously on this issue of people
being asked to pay percentages to staff.

NDDC in its letter to Senator Nwaoboshi did
not directly link him to the contracts it asked
him to refund money, does it mean the
Commission has no direct evidence to show
that he had anything to do with the
companies?

In the case of Joi Nunieh, your predecessor,
she had denied approving contract she was
asked to make refund?

What made you to write IGP over Senator
Nwaoboshi, could it be that the Minister of
Niger Delta is using you against him, as
Nunieh insinuated?

No, the Honourable Minister is not using the
EIMC. We also wrote about other contracts.

But the contracts NDDC allegedly gave to
lawmakers and other prominent N’Deltans
were not given during your tenure, why is the
Commission raising dust as if it happened
recently?

This is because payment/non-payment of
these contracts contributed to the face-off
and the lawmakers were denying ever doing
contracts associated with the NDDC.

Please, what really is the problem with the
passing of NDDC’s 2020 budget? When was it
submitted? What is delaying passage? Is
there any demand on NDDC that is causing
the delay?

The uproar by the media and many Nigerians
was because the expenditures for N81.5 bn
were weird, just as the reasons given for them
were scandalous for EIMC supposedly on a
purifying mission, why do you think you were
unfairly judged?

This is not true. The current EIMC did not
spend N81.5bn. This was the joint
expenditure by both IMCs from October 2019
to 31st May 2020. The current IMC between
20th February 2020 and 31st May, 2020
spent N59.1bn. Out of this, N38.6bn was for
capital expenditure, paid to contractors and
other expenditure incurred by previous
managements. The balance was for recurrent
expenditure, including backlog of debts owed
to service providers and backlog of
allowances approved for staff by previous
managements, but left unpaid.
Our sin has been that we have tried to clean
up the embarrassing debts incurred by
previous managements.

The Commission was reportedly spending
more funds while the probe was on, why?

All relevant documents/facts submitted to
Senate/House of Representatives Committees
that were kept away from the public.

What is the non-passage causing to the Niger Delta?

It is causing retrogression of the region.
People borrowed money to execute NDDC
contracts. Non-payment is having a toll on
many contractors from the region. Two
budgetary cycles have been lost. Recall that it
was the unavailability of budgets that led to
previous Managements adopting emergency
contracts to keep the NDDC functional, and
has ultimately led to this burdensome debt
profile of the NDDC. 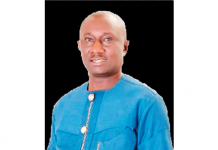 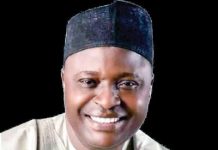 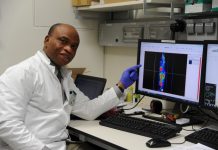 COVID-19: Diagnosing the implications of its outbreak on performance of contractual obligations