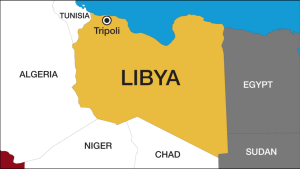 Libyans at UN-led talks agreed Friday to hold national elections in December next year, the United Nations said, raising hopes for an end to a brutal decade-old conflict.

Libya has been gripped by chaos and violence since the 2011 ouster and killing of longtime dictator Moamer Kadhafi in a NATO-backed popular uprising.

Rival administrations in the east and west, both backed by multiple armed groups and foreign powers, have since vied for control of the Mediterranean country.

Friday’s announcement came on the fifth day of political talks in Tunisia, involving 75 delegates from existing state bodies and groups from across Libya’s political and social spectrum.

“It’s a very important date for Libyans,” she said. “It will be a day when they can … renew the legitimacy of their institutions.”

She said Libyans feared an entrenched foreign presence in their country and “very much want to reclaim their sovereignty”.

“You can restore it through the ballot box,” she said.

The announcement marked the first concrete decision at the Tunisia talks, and the elections announced for December next year would be the first polls in Libya since 2014.

The talks near Tunis are aimed at hammering out a deal for a new transitional government for the oil-rich North African country.

– Talks after ceasefire –
The administration would be charged with providing services and preparing for national polls, as well as tackling an economic crisis and a coronavirus outbreak that has killed over 900 people.

The Tunisia talks are held in parallel with military discussions in the coastal Libya city of Sirte to fill in the details of a ceasefire deal struck in October.

The ceasefire formally ended more than a year of fighting between forces of the UN-recognised Government of National Accord based in Tripoli and those of eastern strongman Khalifa Haftar.

The 75 delegates meeting in Tunisia were selected by the United Nations, but some Libyans have questioned their legitimacy and criticised they way they were chosen.

Analysts also fear a government resulting from the talks could struggle to gain legitimacy and face pushback from members of existing institutions.

But Williams said the momentum was against “status quo” actors “trying to maintain their current privileges”.

“The international community has tools at its disposal to prevent spoilers, including through the use of sanctions,” she said.

The Centre for Humanitarian Dialogue, which is helping to facilitate the talks, said the new government would not need a vote of confidence from Libya’s House of Representatives.

The HoR, elected in 2014, is based in Libya’s east and allied with Haftar, who launched an offensive in April 2019 to seize Tripoli from the GNA.

The ethnic prejudices holding us back

I Declined To Be Obi’s Vice President Because He Cannot Win...