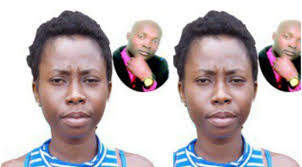 When Florence Abu, a hairstylist, left the shores of Nigeria in 2012 for Russia, she thought she was moving to the proverbial greener pastures. She thought the trip would be the key to unlocking a better life for her and her family. But things did not turn out as she expected.

Ms Abu, an indigene of Edo State, soon realised that she had been trafficked to work as a prostitute in Russia.

She alleged that she was lured to travel abroad by Endurance Ehioze, an assistant pastor with Heavenly Ambassadors Ministries, her local church, who claimed that he saw a vision of her prospering outside the shores of Nigeria.

Human trafficking is a global menace and the disturbing trend is not new.

According to a 2016 UNESCO report, poverty is the major reason women and children are vulnerable to being trafficked. Another report in 2018, by the Global Slavery Index, ranked Nigeria 32 out of 167 countries where persons are trafficked from.

All that it took to convince Ms Abu, like other victims, was the allure of a better life abroad.

Before she left for Russia, Mr Ehioze allegedly told Ms Abu to give his mother, Vivian Ehioze, her pubic hair and fingernails, which would be used for a fetish oath to ensure she does not abscond on getting to Russia.

Later she was told to pay $46,000 to regain her freedom from the prostitution syndicate she was lured into or be killed if she tried to be “smart.” 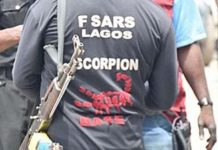 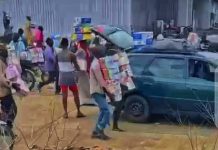 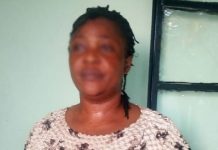 Court Martial Sentences 4 Airforce Officers For Criminal Misappropriation Of Over N41M Of Cooperative...

COVID-19: We are starving, quarantined hotel occupants cry out

Contract Fraud: The indemnity letter that may nail Okorocha