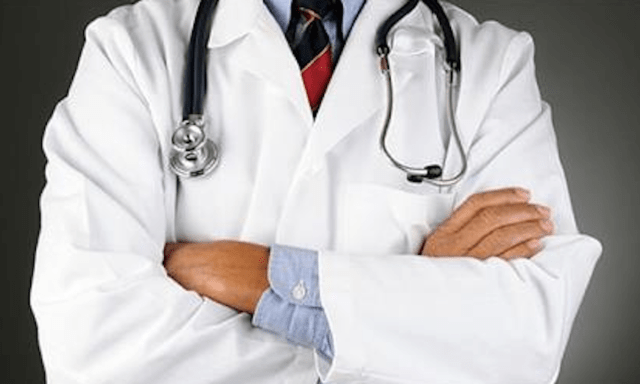 A Nigerian medical doctor resident in Saudi Arabia, Omafuvwe Jerome Ighowho has appealed to the Director-General of the Nigerians in Diaspora Commission (NIDCOM), Abike Dabiri-Erewa to come to his aid in the custody of the law enforcement agents.

Ighowho made the appeal following an incident of alleged assault levelled against him by his Sudanese colleague identified as Dr Adel Idris, over which he had been detained by the Saudi police.

According to a letter addressed to the commission and copied to the Nigerian Consulate General in Jeddah, the medical doctor revealed that he had only been in Saudi Arabia for 23 months before Idris developed a brawl against him.

As reported by Nigeria Abroad, they both work with Tabalah General Hospital, Tabalah, Bisha City, Aseer region of the country and had never fought before until an unfortunate incident where their play led to a minor injury on Idris’s right knee.

He added that the incident has led to him being held in custody indefinitely with no help in view despite his failing health situation.

“On July 30, 2022, I had an incident with my fellow Sudanese doctor. After the resumption of duty, I decided to greet other doctors who were to work with me for the shift.

“He said this with laughter and jokes but he held my two arms. I was laughing and also held him in the same manner as I was thrown off balance because of the firm grip from Adel (the Sudanese doctor) just to attain a good balance.

“We were both laughing and I then pushed him back to release myself from him as Dr Isiah (my Nigerian colleague) kept saying we should stop this rough play.

“Unfortunately, he struck his leg on the wall and fell down after which I assisted him up onto an examination bed. Thereafter, he said his knees were hurt and had an X-ray which showed he had a less than 2cm fracture on the right knee.

“Dr Isiah observed what happened and that we were not involved in a scuffle but a friendly encounter. Also, Dr Mai, a female Sudanese doctor, briefly saw we were joking and walked away.

“About some hours later, Dr Adel Idris came with the police, claiming that I assaulted him. I asked him did I assault you? He said No, then why call police?

“He never answered. This was on several occasions. On explaining to the hospital management, they understood the situation and pleaded with him not to go forward with his complaint, but he insisted.”

The letter stated further: “The whole hospital management and Sudanese community have pleaded and even offered him financial compensation, change of hospital and job description, but he declined all.

“Moreover, the policemen at the station also pleaded with him to resolve this issue amicably, but he declined. At this point, everyone has been trying to get to him to plead with him. Yet he is nowhere to be found neither does he pick his calls nor respond to messages.

“I have been in police custody for days with no progress on the issue. My health has been affected and no one to assist me as I do not know anyone in the community and even Saudi as a whole.

“I am pleading with the Nigerian Government, Mrs Abike Dabiri-Erewa and the Nigerian in Diaspora Commission to intercede on my behalf so that I can have a quick resolution to this matter and attend to my health.

“I am frustrated with the situation, as I am deteriorating physically and mentally in the cell. Please assist me swiftly.”

Strike: Lecturers Are Resorting To Farming, Other Jobs – ASUU President

Man To Remain In Prison For Calling Ganduje ‘Kano Thief’ On...