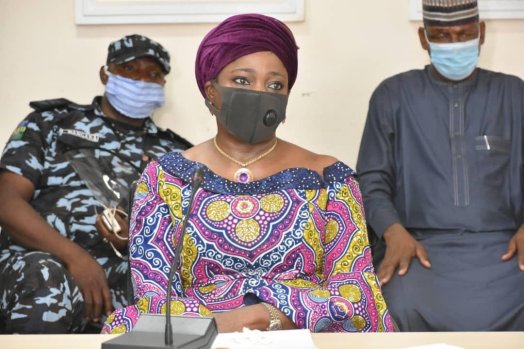 Nigerian students in the Turkish Republic of Northern Cyprus (TRNC) have faulted the statement by the Chairman of the Nigerians in Diaspora Commission (NiDCOM), Abike Dabiri-Erewa, urging parents to stop sending their children to universities in that country.

Mrs Dabiri-Erewa had on Monday said hundreds of Nigerian students had been killed in Northern Cyprus without any conclusive investigations carried out by the country’s government.

She made this claim while reacting to the death of a Nigerian student, Ibrahim Khaleel, who was allegedly killed in ‘unexplainable’ circumstances in the country.

“The death of Ibrahim Khaleel should be the tipping point to a stop in the killing of our children anywhere in the world, particularly Northern Cyprus,”

“The problem is that most Nigerian parents do not know that Northern Cyprus is not recognised by any country in the world. It is not a UN-recognised country. It is only recognised by Turkey. That is why we have not been able to do much. Who do you report to? Thousands of Nigerian students are schooling there and I tell you that hundreds have been killed. Who do you take these cases to? And they are killed in similar circumstances. The school just tells you they committed suicide and nothing happens.”

“We are going to list all these names of Nigerians that have been killed and we demand justice. There has been no prosecution and no compensation. No Nigerian parent should send their children to any university in Northern Cyprus. There is a collaboration which we do not understand that makes them kill blacks, particularly our Nigerian students”, Mrs Dabiri Erewa said.

Reacting, the students said Northern Cyprus is safer for them than any part of Nigeria

The president of the National Association of Nigerian Students (NANS) in Diaspora, Evidence Akhayere, in a statement he sent to PREMIUM TIMES, said while international students face many challenges studying outside their countries, it is not so in Northern Cyprus.

“Like every other country, there have been cases of deaths amongst Nigerian students as well as other international students. Contrary to what the NIDCOM boss had said, these are largely based on natural death and has nothing to do with hate from locals, as a matter of fact, some of these cases are as a result of disputes amongst friends of the shared nationality.”

Also, the President of the National Association of Nigerian Students Turkish Republic Zone, where North Cyprus lies; Gideon Jude, disagreed with the chairman of NiDCOM.

Speaking with PREMIUM TIMES, he said “It is important to point out that contrary to what Mrs Abike (Dabiri-Erewa) said, we have never had a record of 100 Nigerians being killed. It is not correct. In fact, since my eight years on this Island, I have never heard of any case of such. Even before I became the president and from my predecessor, we have not had a case of 20 Nigerians being killed, not to talk of 100.”

The former president of the National Association of Nigerian Campus Editor (NANCE), Lukmon Fasasi, who is currently a Master’s degree student in communication and media studies at Cyprus International University, also told our correspondent that Cyprus is the safest place he has been

“The locals are accommodating and friendly. Unlike the racism issues across Europe, Turkish Cypriot citizens are very welcoming. They want to take pictures with you, they want to talk to you. ‘Abir’, which means brother ‘arkadaş’ which means friend, are the most used words I have heard the locals use to address students. I will be glad to take the NiDCOM chairman on a tour of the Island, whenever she’s willing to come” Mr Fasasi said. 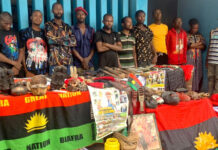 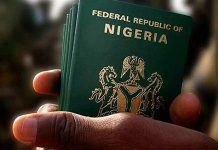 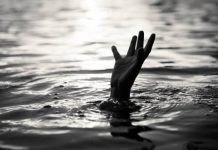 Reporter shot dead in front of his house