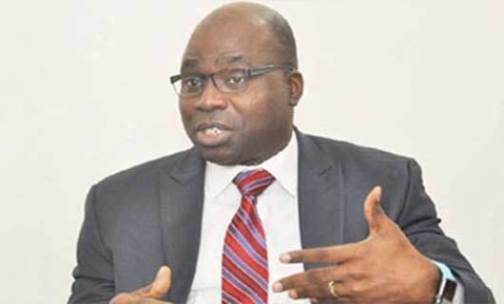 Hypocrisy, deceit and lack of integrity were the factors militating against the war against corruption in Nigeria, the Chairman of the Independent Corrupt Practices and related offences Commission (ICPC), Prof. Bolaji Owasanoye said yesterday in Abuja.

Presenting a keynote address at a workshop organised by the House of Representatives Committee on Anti-corruption, in collaboration with the Konrad Adenauer Stiftung (KAS) on the theme; “Corruption As Threat to Security In Nigeria”, Owasanoye said that Nigeria was not in short supply of anti-corruption legislations.

He said until the factors were addressed, the anti-corruption war may not be won.

He said: “We’re not in short supply of anti-corruption legislations. There are many laws that many do not recognize as anti-corruption frameworks; that are not ICPC, EFCC, or Police or NAPTIP or NDLEA.

“It is very important that we understand that unless we confront these issues, we are going to continue to struggle, dealing with corruption, adding that corruption erodes the capacity of state to provide for the welfare of the people, and it reflects in different ways.

“Corruption is an existential issue for us as a country, and so, we need to have conversation around it. There is a problem I have with the ethical understanding that we share as a community, and I say this because it appears that some of the things that are killing us, some people do not recognize them as such, especially people who really do not want to know”.

In his remarks, Chairman of the House Committee on Corruption, Hon. Shehu Garba who lauded the President Muhammadu Buhari led government for making the anti-corruption war one of its cardinal objectives however said the fight couldn’t be won without a collaboration.

“It was heartwarming when this administration made the fight against corruption one of its cardinal pillars when it came on board, but we cannot succeed without collaboration”, he said.

Also speaking, the Director-General, National Institute for Legislative Studies, NILDS, Professor Abubakar Suleiman who commended the National Assembly for the regular building of staff capacity, the 9th assembly by its posture took the fight against corruption seriously.

For him, the allegations of non-payment of allowances of security operatives undermined the fight against insecurity.

In her welcome remarks, the country representative of Konrad-Adenauer-Stiftung, KAS Marija Peran said corruption “adds fuel to the tensions and further add to instability and conflicts.”

Similarly, the Chief of Defence Staff, Gen. Lucky Irabor, represented by Maj. Gen. Adekunle Adesope, said said the consequence of corruption were multidimensional, advising that “all of us must therefore enlist as soldiers against corruption.”

“It is the responsibility of the legislature to make laws, design systems and ensure processes that protect public resources against misappropriation, mismanagement and other malfeasance”, he said.

EXTRA: EFCC acting chairman promoted to Level 14 ahead of Senate...